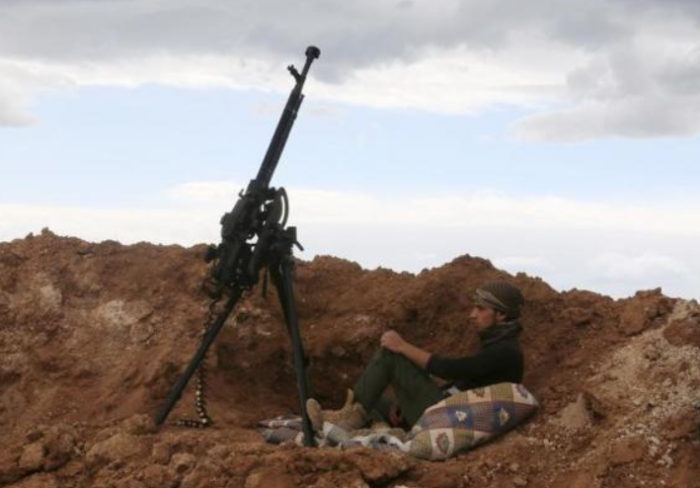 Our government have become quite the arms dealers… This just emphasizes the point that Democrats should not have access to weapons of any kind. They lose control of them and they let them be stolen or captured by terrorist whack jobs.  They don’t know how to use them either, because guns are way to scary. Wasn’t Jordan supposed to be an ally in this ongoing issue with the ISIS?

Weapons shipped into Jordan for Syrian rebels by the Central Intelligence Agency and Saudi Arabia were stolen by Jordanian intelligence operatives and sold to arms merchants on the black market, the New York Times reported, citing American and Jordanian officials.

Some of the stolen weapons were used in a shooting in November that killed two Americans and three others at a police training facility in Amman, according to a joint investigation by the New York Times and Al Jazeera.

A Jordanian officer shot dead two U.S. government security contractors, a South African trainer and two Jordanians at a U.S.-funded police training facility near Amman before being killed in a shootout, Jordanian authorities had said in November.

The training facility was set up on the outskirts of the capital, Amman, after the 2003 U.S. invasion of Iraq to help rebuild the shattered country’s postwar security forces and to train Palestinian Authority police officers. More