Nicely done! “Honorable – if we could use that word about more people who are in public life, people who actually ask the questions at confirmation hearings, instead of ‘Spartacus…’”

“If we could use the word honorable more often, think about the difference it’ll make,” he said. “Then, you’ll have a legacy. We will have left the country in better shape, morally, structurally than we found it.”

“But as long as we’re looking at our interests or scoring points, or looking cute, or being on TV … Especially the legal system, how do we maintain it? If you can’t debate hard issues honestly, with honor, with integrity, how do we keep a civil society?” – Justice Clarence Thomas

From last week, Justice Clarence Thomas: “Honorable – if we could use that word about more people who are in public life, people who actually ask the questions at confirmation hearings, instead of ‘Spartacus’…”

I have never seen such hate in America from people that some day will be sorry.

The best Supreme Court Justice, Bar None. The years of Democrats using the courts as a backup legislature are over.

@CoryBooker, if you had a do over I bet you would use it on your ‘Spartacus’ moment. They’re not laughing with you they’re laughing at you. 😬

To which I would most definitely add @JusticeThomas in the honorable category.

Amen Judge!! Well said. Honor is lacking with some. Most evident with the self proclaimed Spartacus who has no honor! His sense of phony martyrdom is contemptable!

He is a very Honorable man! If you want to see honorable, watch the video of his comeback during his confirmation hearing…it was ‘spot on’! Justice Clarence Thomas is how a black man in America can succeed if he puts his mind to it and perseveres. He is BIGLY Awesome! MAGA

It’s disturbing how mentally and emotionally unstable many democrat members of Congress are. And just as disturbing their constituents haven’t recalled them for no confidence. And even more so, that MSM hails them as normal.

British Boy Beaten In Park... Forced To “Pray To Allah” 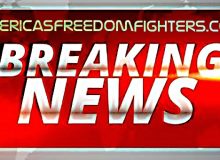