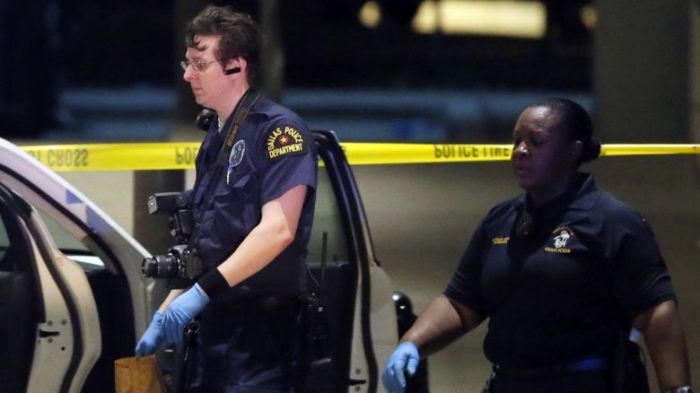 Finally someone who is seeing clearly in these situations. Clarke sees the media and the leaders of this country are making things much worse by fueling the fire of hatred.

Before being killed by a bomb detonated by a police robot, the gunman declared that he wanted to kill white people and police officers, the Dallas police chief said this morning.

The chief, however, said that the suspect was not working with any group and expressed that he was “upset about Black Lives Matter.”

At least five Dallas police officers were killed last night in an ambush on a protest rally against violence by police.

Clarke said that Obama and Clinton have “exploited” the deaths of African-Americans in police shootings, including this week’s incidents in Minnesota and Louisiana.

Have we heard from the cop-hater-in-chief Obama on this? And Mrs. Bill Clinton, who threw up the hashtag Black Lives Matter yesterday? They exploited two situations – one in Louisiana, one in Minnesota – horrible situations, no doubt. But especially the commander in chief opens his mouth and he sticks his foot in it. He starts exploiting things that just don’t exist. He has no evidence or data or research to support any disparate treatment by the American police officer. That’s what I’m talking about. He didn’t cause this, but you know what, he fuels this sort of anger, this misplaced anger about things going on that were thousands of miles away. This stuff didn’t happen anywhere near Dallas.

Clarke said he’s been warning for two years that a “war on cops” has been declared, starting when two NYPD officers were gunned down while they sat in their vehicle.

“Some people thought that was over the top when I said that war had been declared, but the American police officer knows it has. This is just another ugly chapter in that war.” More