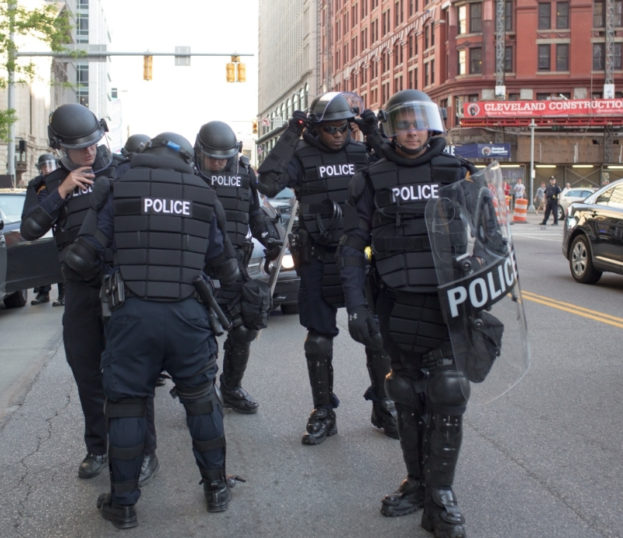 You know there’s going to be violent anti-Trump demonstrations outside the Republican convention in Cleveland. Why isn’t Obama and Clinton urging that demonstrations there be peaceful? Of course we know the answer, they want a repeat of ’68 Chicago, especially if it’s associated with the Republican candidate.

B911: The city of Cleveland has increased security measures this weekend to prevent a similar attack to what occurred in Nice on Thursday.

Officials worked overnight on Friday and continued on Saturday to construct a security perimeter to keep protesters away from delegates and attendees at the Republican National Convention.

“It’s going to be a secure event,” said Kevin Dye, a spokesman for the U.S. Secret Service, the lead agency coordinating with federal, state and local law enforcement.

“A vehicle-borne attack is always something you’re concerned about,” Jason Porter, vice president for the central region of security provider Pinkerton, said.

Secret Service Director Joseph Clancy said: “Every event has some incident. The key is: do you have a good plan in place? Do you have good leadership that can adapt and be flexible to whatever is thrown your way? And I’m confident that here in Cleveland we have that.” More