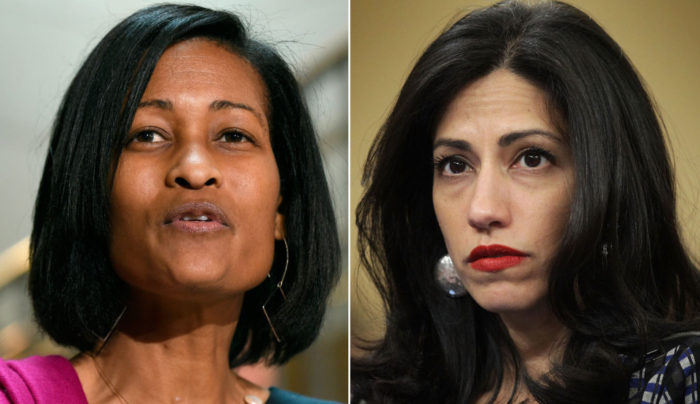 Cheryl Mills and Huma Abedin both lied to the FBI. Does Agent Comey want to know if they meant to lie?

Several Hillary Clinton State Department aides told the FBI that they were unaware of the former secretary of state’s private email server, a report from the bureau’s investigation shows. But a Daily Caller review of public documents reveals that at least two of the aides, Huma Abedin and Cheryl Mills, were involved in multiple email exchanges in which Clinton’s server was discussed.

The FBI’s 47-page report, released on Friday, states that the majority of the State Department employees interviewed by the FBI “had no knowledge” of the private email server Clinton kept at her residence in Chappaqua, N.Y.

“Clinton’s immediate aides, to include Mills, Abedin, Jacob Sullivan, and [redacted]told the FBI they were unaware of the existence of the private server until after Clinton’s tenure at State or when it became public knowledge.” More