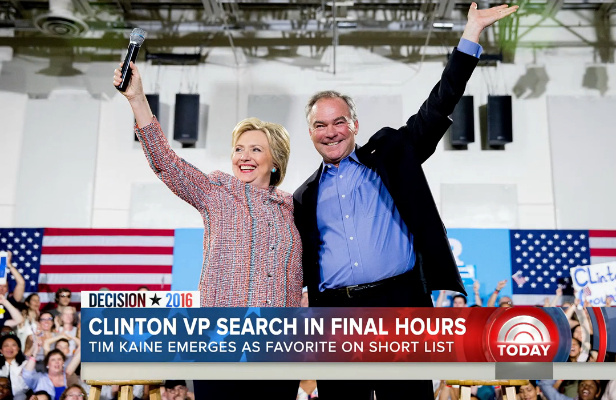 Clinton to announce VP this afternoon by text, via @chucktodd and @mitchellreports. Podesta calling those not chosen https://t.co/w1fUDTxQnH

NBC News has learned from two knowledgeable Democratic sources that Hillary Clinton will announce her choice of running mate later today, first by text and then at a rally in Tampa.

Her first joint appearance with her newly-minted running mate will be Saturday at a rally in Miami. More