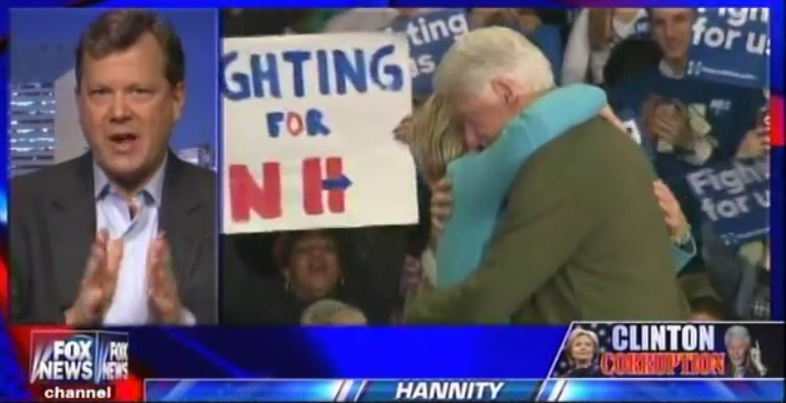 The Clinton campaign reportedly declined to comment on Schweizer’s allegations. Maybe Hillary will respond to this when she has her next press conference. LOL.

Will Comey says she never intended to illegally sell US Foreign Policy for millions of dollars, and that the Clinton Crime Foundation is an outstanding charity that never intended to launder money or evade taxes?

Peter Schweizer, author of the best-selling book turned documentary film Clinton Cash, says he “knows” the FBI is currently investigating the Clinton Foundation. Schweitzer made the claim on Monday night during an interview with Sean Hannity on Fox News.

Hannity brought Schweizer on to discuss his recent article published in the Wall Street Journal that looks at the potential negative consequences of technology transfer program between the United States and Russia. The plan essentially called for the cooperation of major U.S. and European technology companies to help Russia create its own Silicon Valley. The person in charge of getting U.S. companies involved in this program was then-Secretary of State Hillary Clinton, who reportedly made it a cornerstone of the “Russian Reset.” More