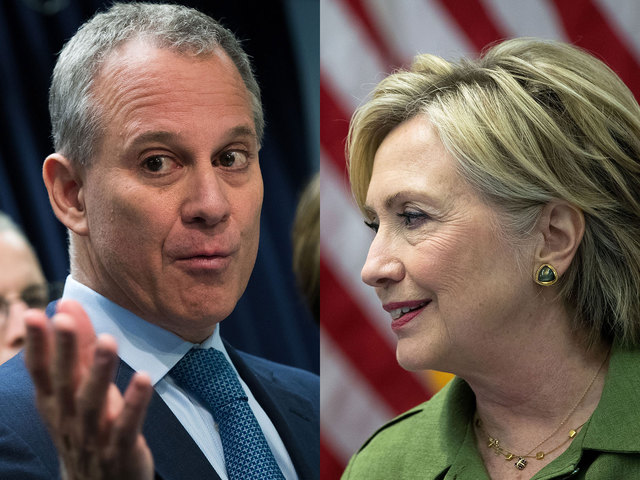 If NY Attorney General Eric Schneiderman has the power to force the Clinton Charities to disclose the names of foreign donors, why isn’t he?

New York Attorney General Eric Schneiderman has the power to force the Clinton Foundation and the Clinton Health Access Initiative to publicly disclose the names of foreign governments and the millions they donate each year to the charities but he’s not doing it, a Scripps News investigation has found.

Schneiderman’s failure to require compliance with New York law and written instructions from his own office keeps the public in the dark about whether the foreign governments that gave money to the Clinton charities also had special access to Hillary Clinton when she was secretary of state, experts in private foundation law say. New York state has long required more transparency from non-profits operating within its borders than many other regulators.

A Scripps Washington Bureau review of tax returns and regulatory filings found that year after year the Clinton charities have ignored New York law and related instructions. However, the office of Attorney General Schneiderman, a Democrat whom Hillary Clinton named to her campaign’s “leadership council” in New York, did not respond to Scripps’ questions about the Clinton Health Access Initiative (CHAI), which has never publicly disclosed in New York filings the identity of its foreign government contributors or the amounts they give each year. Scripps also discovered CHAI did not report hundreds of millions of dollars in foreign government donations to the state.

However, Schneiderman’s office said it considers the Clinton Foundation, which is a separate charity, “in step” with state rules.

“He’s not doing his job in that case,” said David Nelson, an attorney and former partner at the accounting firm of Ernst & Young who served on the regulations and legislation committee of the Council On Foundations, the philanthropy industry’s equivalent of the American Bar Association.

In 2009, Secretary Clinton’s first year heading the State Department, the Clinton Foundation disclosed to New York only a lump sum of $122 millionin foreign government donations, listing the amount on a required form that directs all charities to “list each government contribution (grant) separately.” The foundation continued to provide the lump sum disclosures for foreign governments in every year that followed.

Nelson said, “The Clinton Foundation cannot say they are in compliance with New York regulations.” More