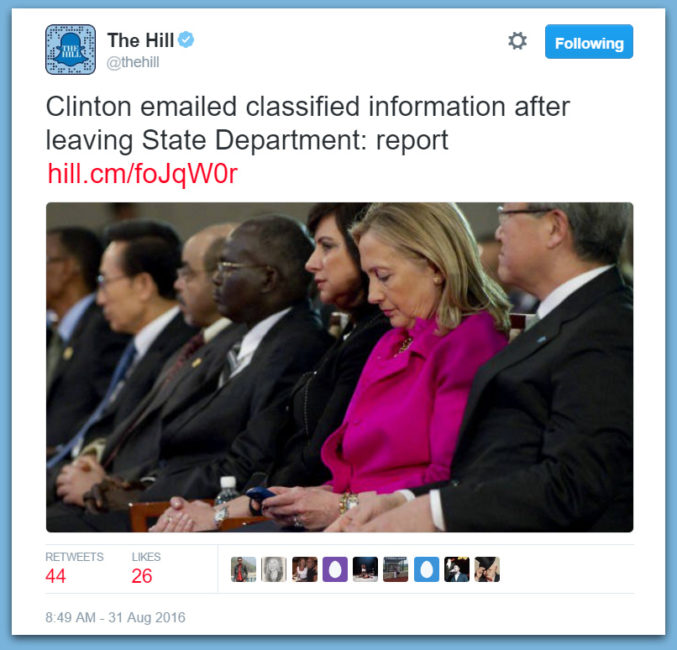 Are people actually foolish enough to even consider electing Hillary? How are we going to have a President that you can’t even use the word email in the same sentence as her without it being a joke. She is a total embarrassment to this nation.

The Democratic presidential nominee sent an email to a group of diplomats and aides on May 28, 2013, about the “123 Deal” — a 2009 agreement between the United Arab Emirates and the U.S. regarding nuclear energy production — according to the Post.

It was sent from the address [email protected] — which is associated with Clinton’s private email server — and has been heavily redacted because it includes information that is classified, according to The Post.

The message will be declassified on May 28, 2033, according to markings on the email, which was obtained by the Republican National Committee through a Freedom of Information Act request. More