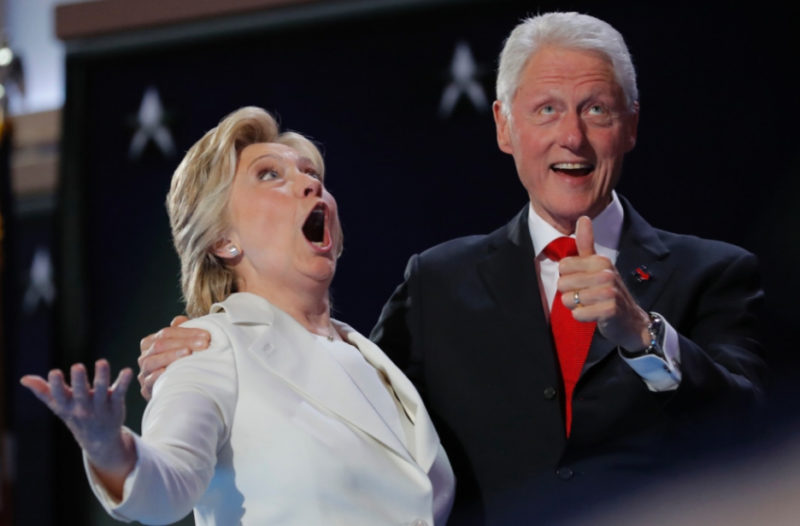 The Clinton Foundation is the biggest criminal enterprise on the planet. The list of Clinton scandals including rape, is never ending… Should Trump order the seizure of all assets of the Clinton Family Crime Foundation?

A Clinton Foundation memo released by WikiLeaks on Friday suggests that one-on-one meetings with Bill Clinton cost participants upwards of $100,000.

The Dec. 7, 2012 memo is included in a batch of documents prepared in advance for a Clinton Foundation board meeting held several days later in New York City.

It shows that Joe Kiani, the founder of medical device maker Masimo, and Alex Karp, the CEO of software company Palantir Technologies, paid $140,000 and $100,000, respectively, for a “Meeting with WJC.”

WJC is William Jefferson Clinton. Hillary Clinton was serving as secretary of state when the memo was written.

The document, which was hacked from the Gmail account of Hillary Clinton campaign chairman John Podesta, who once worked for the Clinton Foundation, was crafted to lay out the organization’s plan to raise $250 million for an endowment project for the Clinton family non-profit. More

Ballot Typo In Arkansas Hits Hillary In The Mouth!