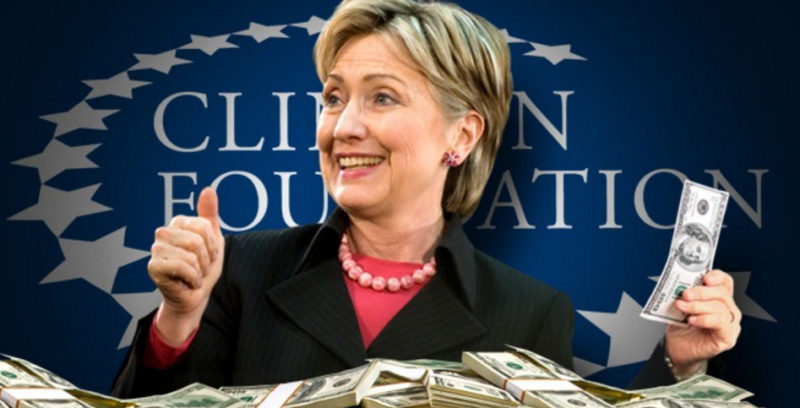 It is a money laundering, pay to play criminal organization disguised as a charity…  Just 5.7 percent of the Clinton Foundation’s massive budget actually went to charitable grants, according to the tax-exempt organization’s IRS filings. The rest went to salaries and employee benefits, fundraising and “other expenses.”

If you ask your average conservative commentator, the Clinton Foundation is nothing more than a $100 billion dollar “slush fund” that serves only for the glorification and enrichment of the former first family.

For the typical liberal, it’s a shining example of the power of one of the most successful post-presidencies in history to deliver solutions to the world’s thorniest problems.

As with most public arguments these days, the true answer falls somewhere in the middle, but it appears even the foundation’s own lawyers were worried about just how legit the organization was.

Back in 2013, when Chelsea Clinton was taking a larger role at the foundation she hired the law firm Simpson, Thacher and Bartlett to do a “governance review.” The review was fought by many long-time foundation staffers at the time. The existence of the review had been previously reported, during a time when press was devoting greater scrutiny to the operations of the Clinton Foundation, as speculation swirled about a possible second Hillary Clinton bid for the White House. But at the time the Clinton Foundation didn’t make big news. Now it’s central to Trump and his supporters claims that Clinton is “crooked.”

What the governance review lawyers found was a board and charity in disarray organizationally. It was staffed mostly with insiders, practicing weak oversight and inattentive leadership, and possessed of a loose dedication to best practices for foundations of its size and to Arkansas state and IRS regulations governing conflict of interest. According to the review, the Clinton foundation submitted a Form 990—signed under penalties of perjury—which said that it had a written conflict-of-interest policy, required annual disclosure of potential conflicts of interest, and monitored and enforced compliance with the policy. “However, we did not find evidence of that enforcement,” the review reads. More