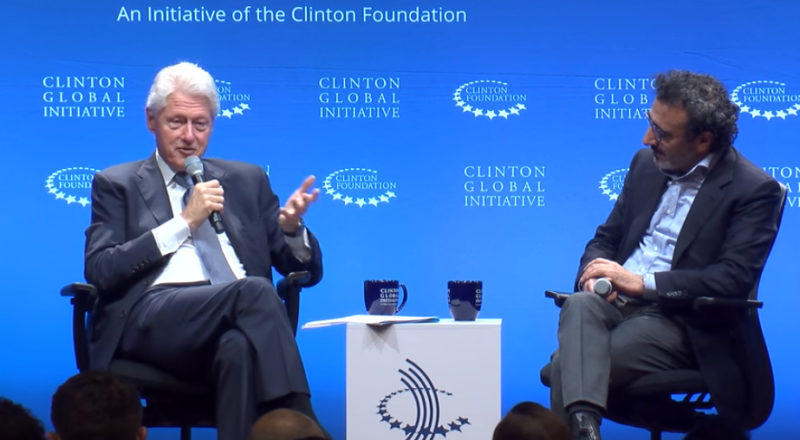 Oh yeah, this will fix Detroit, import even more welfare queens from the third world, in which some of them will be terrorists. As long as they vote Democrat, right?

In a previously little-noticed video from February at the Clinton Global Initiative, former President Bill Clinton suggested that the U.S. use Syrian refugees to rebuild Detroit.

“The truth is that the big loser in this over the long run is going to be Syria. This is an enormous opportunity for Americans,” Bill Clinton said about the Syrian migrant crisis.

Detroit has 10,000 empty, structurally sound houses—10,000. And lot of jobs to be had repairing those houses. Detroit just came out of bankruptcy and the mayor’s trying to do an innovative sort of urban homesteading program there. But it just gives you an example of what could be done. And I think any of us who have ever had any personal experience with either Syrian Americans or Syrian refugees think it’s a pretty good deal.

It is unclear from the video why Clinton seems to think it would be better to fill these Detroit jobs with imported foreign migrants rather than unemployed Americans already living there, who could perhaps benefit from good-paying jobs.

In the video, Clinton discusses the migrant crisis with billionaire and mass migration enthusiast Hamdi Ulukaya of the Chobani yogurt empire. More