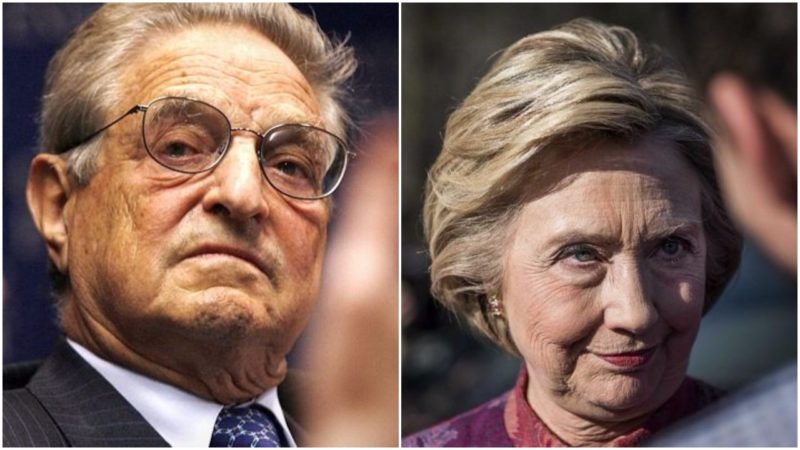 The Clinton Crime Family is a glaring example of institutional organized crime operating at the highest levels of American Government, they have never hesitated to lie, deceive, cheat and scheme just to achieve their internal agendas.

Now we see the Clinton campaign working with Soros to make the idea of federally-controlled police a reality if she wins.

Soros, who has given almost $10 million to Clinton super PAC Priorities USA, is a major funder of Black Lives Matter. The Washington Times reported in August that Soros has given at least $33 million to the group through the Open Society Foundations (OSF), which he funds and controls.

Both OSF and Clinton have called to crack down on police officers’ “implicit bias.”

As reported by The Daily Caller last month, internal OSF documents say the mainstreaming of “implicit bias” is meant to serve as a foundation from which to overhaul the nation’s anti-discrimination laws and make it easier to file racial discrimination lawsuits by eliminating the need to prove intent.

“Hi, John. Your policy team was asking me for ideas on police reform a couple of months ago. Here’s a concrete idea I’ve written up, and a good hook for it in Chicago,” Stone wrote. More

If this nation chooses a crook who is about to hand over the US to the UN on a silver platter because Trump said something about a couple of women 10 years ago, then we’re done as a country.

The idea of federally-controlled police in America isn’t new.

Obama began touting the panel’s recommendations in March 2015. The report, titled “President’s Task Force on 21st Century Policing Report,” was published in May 2015.

The report urges the federal government to federalize police training and practices, via the use of federal lawsuits, grants and threats to cut federal aid. So far, Obama’s deputies have cajoled and sued more than 30 police jurisdictions to adopt federal rules in a slow-motion creation of a national police system, similar to the slow-motion creation of a federal-run health-sector via Obamacare.

Obama also used the press conference to insulate his federalized police program — and his allies in the Black Live Matter movement — from popular rejection after the five police were murdered by the anti-cop African-American in Dallas.