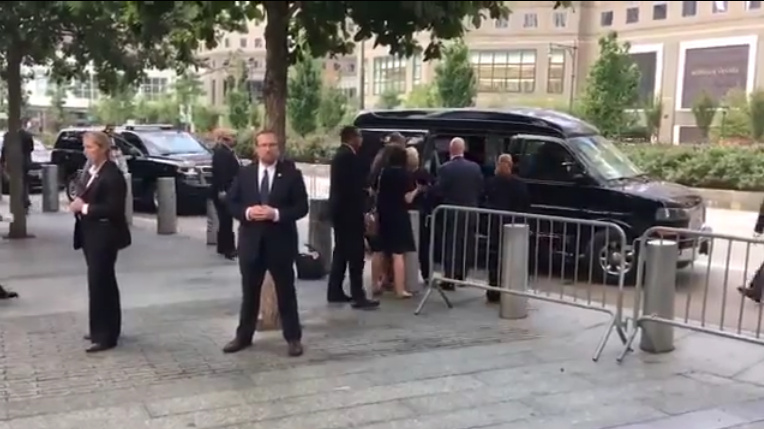 Call it a wild hunch or something, but if they were determined to avoid the ER then the Clinton team really already know what was wrong with her, it is be must really bad, and it is not pneumonia. What the video below… they dragged her in the van.

Hillary Clinton was headed to an emergency room following her sudden collapse during the Sept. 11 memorial ceremony — but ditched her NYPD escort and detoured to daughter Chelsea Clinton’s apartment to keep details of her medical treatment under wraps, The Post has learned.

Secret Service protocol called for the Democratic presidential nominee be taken to a state-designated Level I Trauma Center in the wake of her Sunday morning health crisis at Ground Zero, sources said.

But a campaign operative decided to change course to avoid treatment by doctors, nurses or other medical workers who could leak details to reporters, a source said.

Clinton’s van was supposed to be escorted by an NYPD protective detail, but the Secret Service whisked her away from Ground Zero before cops could accompany her, another source said. More