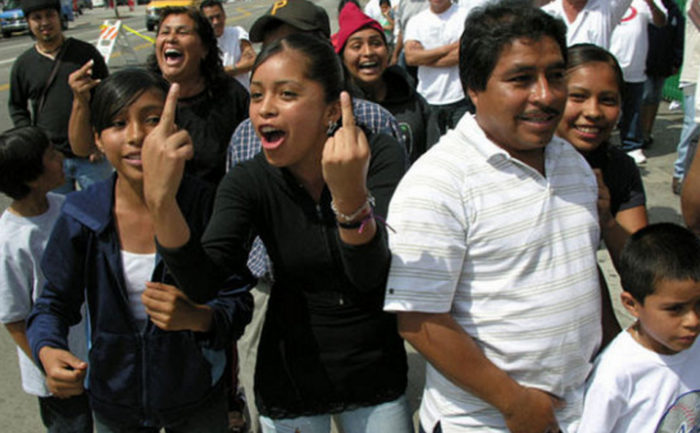 At this point, what difference does it make? Really. Health care is going up, taxes are already going up, so what’s another $15,000 per household? As long as the dems have new voters the sky’s the limit.

Amnesty for illegal immigrants like a program proposed by Democratic presidential candidate Hillary Rodham Clinton would require an immediate tax hike of $1.2 trillion, a $15,000 hit on every household in America, according to a new analysis of immigration reform.

The authoritative National Academy of Sciences said the cost to give some 11 million illegals citizenship rights would be staggering, though it suggested long-term benefits.

A Heritage Foundation analysis of the NAS study looked at just the impact amnesty would have and said that an immediate tax increase of $1.29 trillion would be needed to finance the infrastructure, school, welfare and other costs of illegals. More

18 Ways Trump Did The Very Opposite Of Drain The Swamp During His Presidency
January 25th, 2021 Sons of Liberty Media