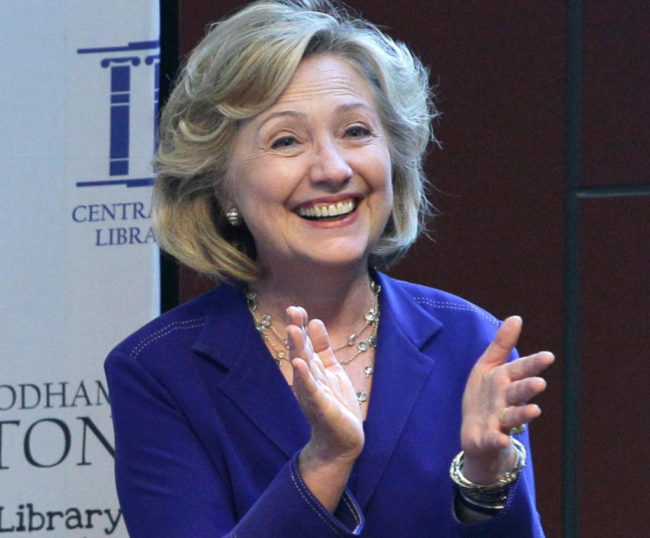 While She Was Sec Of State, Thus Violating Her Signed Ethics Agreement…

Imagine how much money she can extort for her personal wealth if she wins the election? Yes liberals that corrupt hag is all yours.

The Clinton Foundation has confirmed it accepted a $1 million gift from Qatar while Hillary Clinton was U.S. secretary of state without informing the State Department, even though she had promised to let the agency review new or significantly increased support from foreign governments.

Qatari officials pledged the money in 2011 to mark the 65th birthday of Bill Clinton, Hillary Clinton’s husband, and sought to meet the former U.S. president in person the following year to present him the check, according to an email from a foundation official to Hillary Clinton’s presidential campaign chairman, John Podesta. The email, among thousands hacked from Podesta’s account, was published last month by WikiLeaks.

Clinton signed an ethics agreement governing her family’s globe-straddling foundation in order to become secretary of state in 2009. The agreement was designed to increase transparency to avoid appearances that U.S. foreign policy could be swayed by wealthy donors. More

Clinton and ethics should never be used in the same sentence.