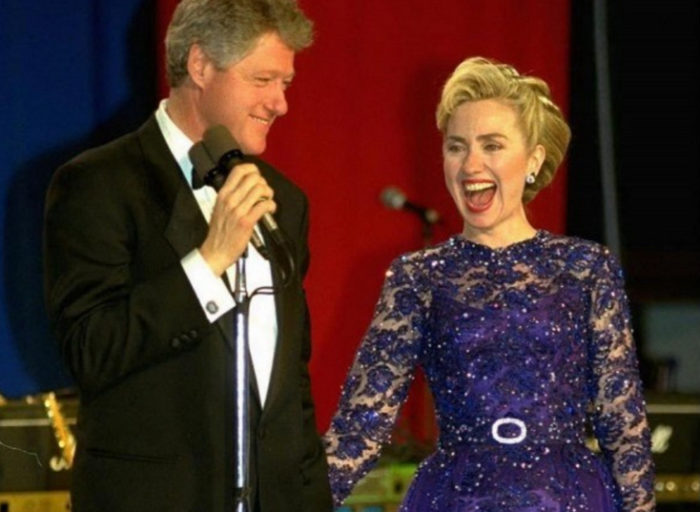 Clintons gave ambassadorship to man who they owed ‘political debt’… Who dug up dirt on Gennifer Flowers.

Anyone remember when we picked the best person for the job when nominating ambassadors?

Bill Clinton nominated his friend and adviser Derek Shearer to an ambassadorship after Shearer told Bill and Hillary he was owed a “political debt.”

Private letters sent to the Clintons reveal how Shearer worked with longtime Clinton confidante Sidney Blumenthal behind the scenes to “attack [their]enemies” during the 1992 campaign.

The Clintons have a reputation for attacking political foes and giving special treatment to their friends and donors, a reputation that continues to dog Hillary’s presidential ambitions.

The letters were among Shearer’s collection of papers at Brown University. In August 1993, following a short stint in the Commerce Department, Shearer pleaded with the Clintons for an ambassadorial appointment to—in order of preference—Singapore, New Zealand, or Finland.

He was nominated to be ambassador to Finland six months later.

Shearer, a professor at Occidental College, also forwarded the Clintons an 8-page memo outlining his work on the family’s first White House run.

“Given all that I did in the campaign (as described in detail in the memo), I’ve never understood why I wasn’t offered a serious position in the government after you won,” Shearer wrote to Hillary in a letter dated August 26, 1993. “I was one of your longest standing supporter [sic]but I wasn’t an FOB hanger on; I’m a smart and talented person who contributed to winning–and I was with you in the trenches in the darkest days.”

In the memo meant “only for you and Bill,” Shearer described how he worked to dig up dirt on Clinton’s political opponents Jerry Brown, Paul Tsongas, and Ross Perot, as well as Gennifer Flowers, who came forward about her affair with Bill Clinton just before the New Hampshire primary. More