The Clinton’s Are Making A Plan For Their Comeback 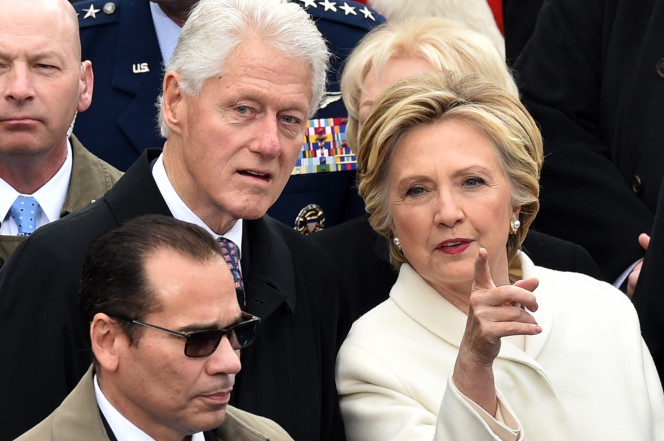 The Clinton’s are plotting their comeback by supporting every Democrat possible. They don’t care who they are as long as they aren’t Republican.

The Clintons are already plotting their comeback, a new report details.

Hillary Clinton is looking for a path to return to the political fray, as both she and her husband, former President Bill Clinton, examine how the former secretary of state suffered the most surprising, epic political defeat in recent memory, Politico reports.

“[D]espite the grave disappointment, resilience is in the Clintons’ DNA. So, while I certainly don’t expect to see them trying to assert their authority, I think there will be natural and welcome opportunities for them to engage,” said Mack McLarty, Bill Clinton’s former chief of staff.

Hillary Clinton is receiving briefings from her former campaign manager, Robby Mook, explaining what went wrong in the 2016 presidential race, while Bill Clinton has been blasting FBI Director James Comey for interfering in the election.

Neither is expected to seek public office again. But both are now expected to be involved in Democratic politics for years to come.

“If someone they knew was running for the Senate or the Statehouse or City Hall, it would be out of character for them not to be supportive,” McLarty told Politico.

Former DNC Chairman Ed Rendell told the Beltway publication, “I’m certain Trump will screw up enough that by the fall of ’18, Hillary’s numbers will be way up again.”

The Clinton’s Are Making A Plan For Their Comeback