The biggest scam is the trillions of dollars that was to be redistributed from the American tax payer to other countries without any accountability whatsoever. I believe the dollar amount was three trillion over ten years. So glad President Trump pulled us out of that big scam.

Ha! He didn’t let that MSM moron talk over him as they like to do when you don’t agree with their narrative. 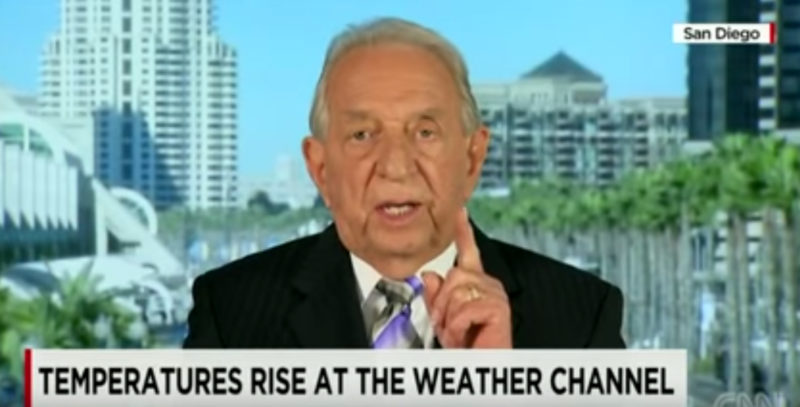 100%FedUp: John Coleman, Founder, The Weather Channel, appeared on CNN’s Reliable Sources with host Brian Stelter, after writing an open letter to UCLA denying the existence of anthropogenic global warming. This is a great takedown:

Coleman told Stelter that “CNN has taken a very strong position on global warming that it is a consensus. Well there is no consensus in science. Science isn’t a vote. Science is about facts,” and that he was “terribly disappointed” by his former network, The Weather Channel, because it “has bought into [climate change]. But so has all the media. That’s no big surprise.”

Coleman notes that he is “not a ‘paid shill’ (as has been claimed) of the Koch Brothers,” concluding his letter with a link to Heartland’s Nongovernmental International Panel on Climate Change (NIPCC) website.
Coleman’s open letter to UCLA was sent to numerous local television stations in the Los Angeles area, as well as the Los Angeles Times.

Coleman produced a special report for KUSI-TV, entitled Global Warming: The Other Side. The program suggests that Global Warming is a scam and presents what Colemen contends is evidence of a deliberate manipulation of world temperature data by NASA and other groups.

Sheriff Ivey: This Is War, Be Armed & Ready To Fight ISIS… (Must See Video)