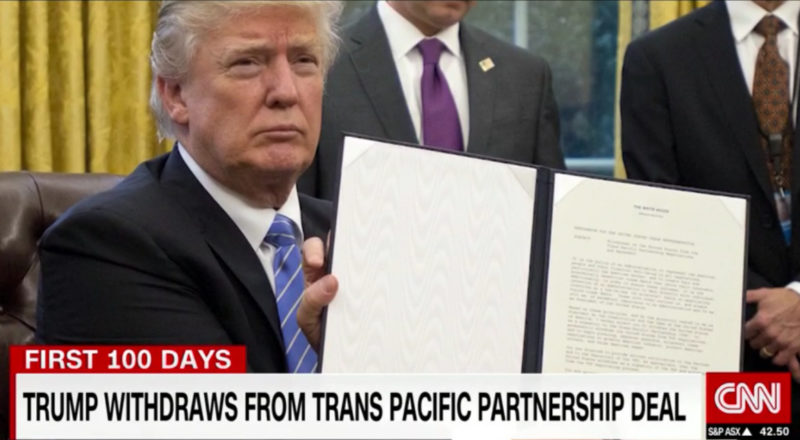 Does CNN prefer leaders who promise a lot of stuff and then completely screws us over?

Dear CNN, while you’re busy freaking out here’s some more stuff you forgot to complain about:

1. The stock market is at a all time high.
2. Trump’s approval ratings are growing abnormally well.
3. Businesses are “obsessed” with opening up new factories here in America.

Forget the first 100 days. It’s only been a week and Donald Trump is reinventing the presidency.

Amid a torrent of action, disruption and protest, the new President’s moves on trade, immigration and foreign policy have honored his campaign promises — and dramatically reshaped Washington’s role in national and global affairs…

…But the determination to keep campaign promises is verging on an obsession inside the Trump White House.

On Thursday The Gateway Pundit reported on a piece from the New York Times that pointed out how CNN is literally killing itself.

Unfortunately, in the past 20 months CNN’s management has let down its viewers and its journalists by sidelining the issues and real reporting in favor of pundits, prognostication and substance-free but entertaining TV “moments.”

On Friday CNN delivered more evidence to back up the New York Times claims that they are “sidelining the issues and real reporting” with a piece they put out about President Trump.

In the article CNN takes a bit of a swipe at the American people by calling the people who voted for Trump “disgruntled voters.”

Biden To Reporter: Are There Republicans Who Think We’re Sucking The Blood Out Of Kids? (Video)
July 23rd, 2021 Conservative Firing Line
SHARE