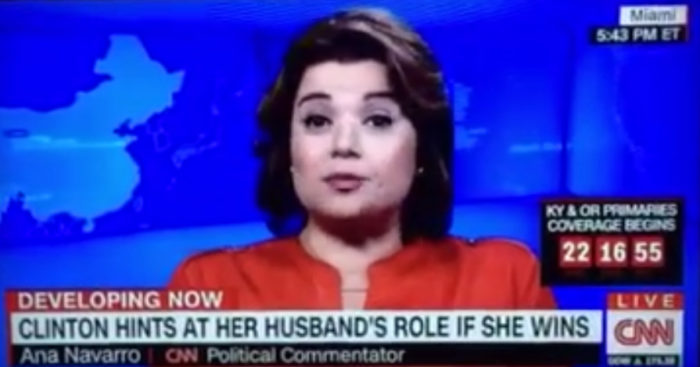 Does anyone else see the double standard here? It’s going to be fun watching Trump helping Americans get to know the Clintons. Especially since he isn’t going to obey the establishment’s code of conduct.

TGP: CNN political commentator Ana Navarro weighed in on what ‘First Husband’ Bill Clinton’s duties might be under a Hillary presidency. Navarro suggested Hillary will want to keep Bill busy. The CNN panel laughed out loud at her suggestions.

I don’t think folks are expecting him to be picking out china or the flowers for a state dinner. I think it’s a good thing for Hillary Clinton to try to keep the man busy. He’s at his best… (laughter) Bad things happen when Bill Clinton goes idle. (laughter) Keep him busy and keep him supervised.