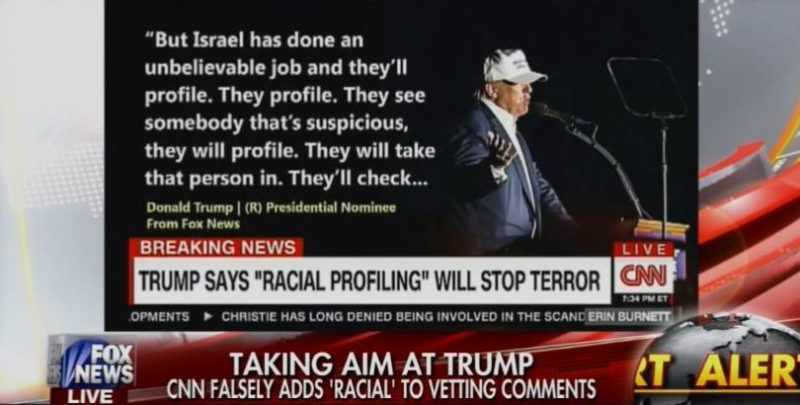 To Suggest He Approves Of Racial Profiling…

CNN isn’t even trying to pretending to be objective anymore. Just don’t tune in. They have really earned their nickname, the Clinton News Network.

CNN added the word “racial” to Donald Trump’s Monday comments on terrorism and immigration, and is running headlines reporting that the GOP nominee is advocating “racial profiling”.

In a later interview with Bill O’Reilly, Trump also expressed a need to profile in the manner Israel does, but again didn’t use the word “racial.” But when pressed by O’Reilly how it could be determined how a person could be deemed suspicious, Trump wouldn’t elaborate. More