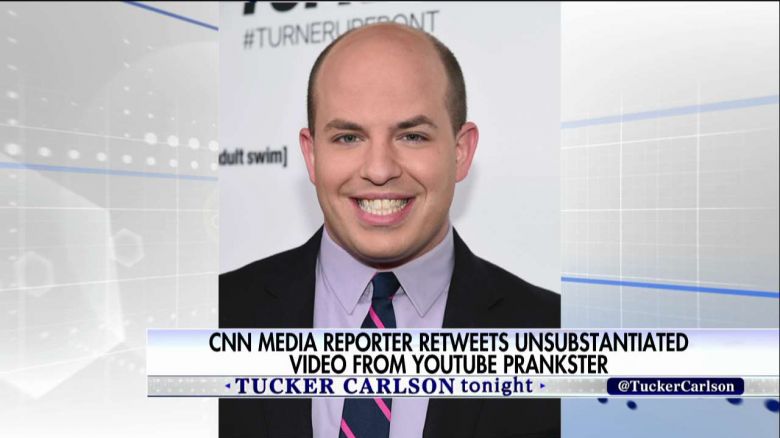 You would think that Brian Stelter, the host of “Reliable Sources”, would look into the incident before blindly re-tweeting the video…

A YouTube celebrity made headlines and sparked outrage after he accused Delta Airlines of kicking him off a flight because he was speaking Arabic.

Many in the media immediately jumped to Adam Saleh’s defense, despite the fact that he’s a popular YouTube prankster known for these types of stunts.

75,000 retweets of this video in under 2 hours, and gaining fast https://t.co/AYpfBhTrEY

Joe Concha, media reporter and columnist for The Hill, joined Carlson to discuss, pointing out that Stelter, ironically, is the host of a program called “Reliable Sources.”

“When somebody like Brian Stelter sends out that sort of video, shares it without context as to who this person is, it gives the story legs, it gives it legitimacy, it helps it go viral more, and most importantly, it basically is hurting American businesses,” Concha said.

“That’s why ‘fake news,’ in this context, is dangerous. It hurts American business.”

Watch more above, and share your thoughts in the comments.