Willem van Spronsen is the man who attacked the ICE center in Tacoma. The 69-year-old was shot dead by police after he threw Molotov cocktails at the building and nearby cars on Saturday morning.

According to his manifesto, a copy of which was obtained by Jack Posobiec, Van Spronsen was armed with an AR-15 and stated, “I am Antifa”.

Here he’s in a Facebook picture from the John Brown Gun Club and wearing their hat.

Looks like Willem Von Spronsen was also a member of the anti-fascist John Brown Gun Club of Pudget Sound. That’s him on the left, from their FB. pic.twitter.com/5cw9IV9CQM

John Brown Gun Club appears to be synonymous with “Redneck Revolt” and was featured with a CNN promo:

What is the Redneck Revolt? Who is John Brown? What is @WKamauBell doing in Tacoma? Don’t be confused, all will be revealed an all-new #UnitedShades, Tonight at 10p ET/PT. Take notes, there will be a quiz later! pic.twitter.com/gxMTV3zD3l

You can see Van Spronsen in the video at about: 04. 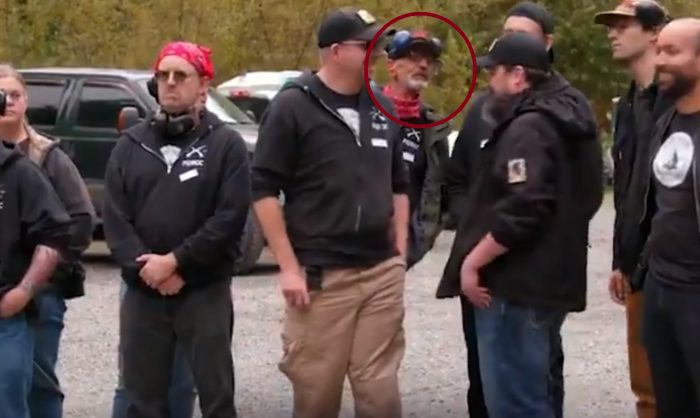 CNN’s W. Kamau Bell actually asks people to “do what they can to support” the group pointing to what is now a protected tweet.

As you are watching the #UnitedShades episode about @PugetSoundJBGC & the good work they are doing to actively end white supremacy just understand that being on my show is bringing a lot more harassment their way. Do what you can to support them. 👇🏿 https://t.co/hJCEjTdXnh

This, of course, followed a lot of vilifying of ICE from people like the ‘Gang of Four.’

Antifa terrorist Willem Van Spronsen carried out this terrorist attack after weeks of Democrats claiming migrant shelters are “concentration camps” and whipping up hatred against ICE and CBP https://t.co/cluqAdgc4x

5/ In his alleged “manifesto” found elsewhere online, van Spronsen specifically invokes AOC’s “concentration camps” rhetoric to describe ICE facilities where a tiny subset of people in our country without US permission, are detained..

Showing that he was whipped up by the Democratic vilifying.

Other media also featured this group as somehow “heroic.” Newsweek claimed that they were far-left activists “protecting minorities” with guns.

It’s unknown how setting fire to a detention center full of illegal aliens (some of whom were likely minorities) would have helped them.

I wish people would stop calling them anti-fascist. They are the true fascists.

HUD Official Blasts AOC: There Are Rats And Maggots In Her District While She’s Talking About Border

We Know for Sure: The Media, the Democrats, and Joe Biden LIED About EVERYTHING Concerning Hunter
The Lid