Yuck… No! No! No! They can go first and gobble it down in the name of being eco-friendly.

Good grief beans are high in protein, so are eggs, hot dogs, burgers, steaks, chicken, salmon, trout, ribs, and a hundred other things. If they want to drink cockroach milk they can go right ahead and knock themselves out! As for me and mine just forget it because it’s never going to happen.

CNN: A little cockroach milk with those cookies? Chock full of protein, the insect milk may someday be transformed into a food supplement worthy of human consumption, new research indicates. 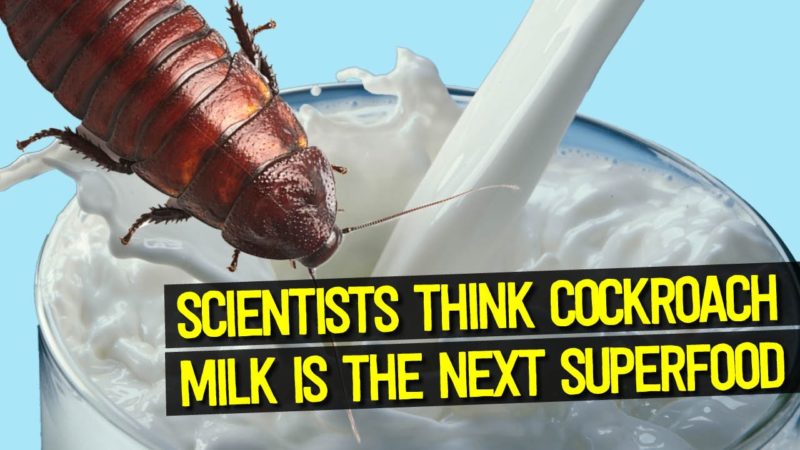 Scientists have found that the Pacific Beetle Cockroach feeds its bug babies a formula which is remarkably rich in protein, fat, and sugar.

Don’t expect to find it next to the regular milk in the dairy section, however, at least not for now.

“Any liquid harvested from a cockroach is not true milk. At least not as we think of it,” said Becky Facer, director of school and educator programs at Fernbank Museum of Natural History in Atlanta.

Most people would agree. After all, the insect liquid takes the form of protein crystals in the guts of baby cockroaches.

“The protein crystals are milk for the cockroach infant. It is important for its growth and development,” said Leonard Chavas, one of the scientists behind the research. He explained the crystals have a whopping three times the energy of an equivalent mass of buffalo milk, about four times the equivalent of cow’s milk. More

Mother Of Police Officer Murdered By DREAMER Asks Politicians This One Question!