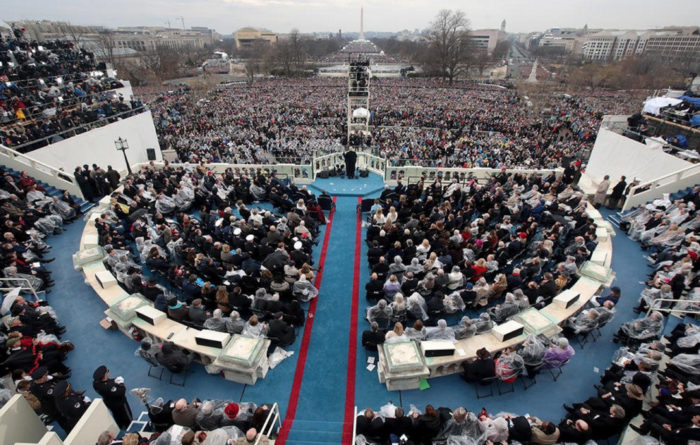 The biased media will always report their own “facts.” They have never been held accountable and very rarely retract or much less apologize for their mistakes.

As we pointed out throughout the months leading up to the election, crowd size matters.  President Trump was crushing Hillary Clinton in number of rallies and number of participants at his rallies when compared to Clinton.

These numbers, in part, led to us projecting a Trump win and probable landslide and we were correct.  Trump did win in an electoral landslide.  Nevertheless, the numbers at the rallies were significantly different between the two candidates and the one with the larger number of participants won the election.  (Note Deroy Murdock reported on our rally observations last week).

The media remained silent on the crowd size numbers when it was clear that Trump was crushing Hillary in this area.  But late last week the media finally reported that crowd size does matter.  CNN (Fake News) reported that President Trump’s crowd size was much smaller than President Obama’s crowd size in 2009, and CNN provided two pictures to show the difference.

However, the pictures in the article show the crowd size for Obama when he was speaking during his 2009 inauguration with the crowd from Trump’s inauguration approximately 3 hours before Trump spoke.

CNN’s report was another of their ‘Fake News’ lies.  The photos used in their post were not comparing apples to apples and President Trump’s Press Secretary pointed this out on Saturday in a special press conference.  Trump’s crowd was huge and every bit as big as Obama’s crowd in 2009.  Also, in CNN’s article they say that Obama had 1.8 million people in 2009.  This is now refuted and is more likely closer to 800,000.

Later CNN’s report was proven false by their own reporting.  CNN released a gigapixel of President Trump’s Inauguration and the areas they show as empty in their article from their January 21st report were filled to the brim in their more recent picture which was taken at the time of Trump’s speech during the Inauguration ceremony. More