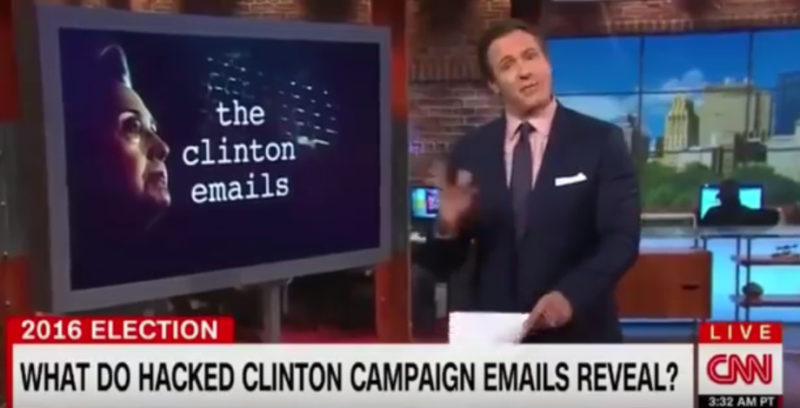 Yet another liberal CNN hack. Tell me this clown would not have gotten his job were it not for his brother, the governor.

Really? Apparently Chris Cuomo didn’t learn much while at Fordham Law. Or more exactly, he wants to deceive you into thinking you can’t view them on your own.

Once they were released by Wikileaks, it’s the same as reading a newspaper or anything else on a news site. Nothing prohibits you from reading them legally directly from Wikileaks.

Cuomo got blow back on the internet after saying his statement and today made the following tweet.

Schaftlein Report | Were the election results “baked in” prior to election day?! (with Gabe Rench)
November 30th, 2020 Liberty Hub