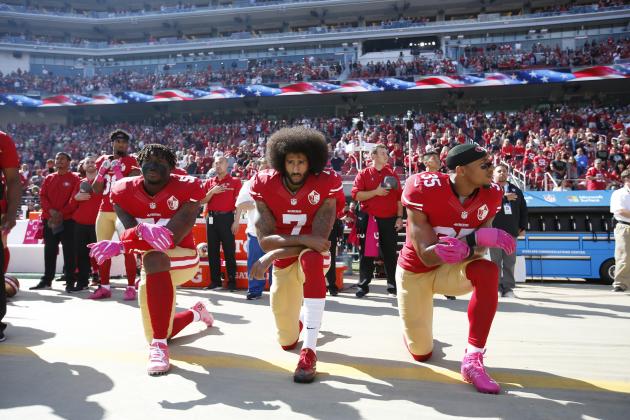 If Colin Kaepernick is so concerned with what is going on in America, why isn’t he participating in elections? What a hypocrite!

Colin Kaepernick raised eyebrows last week when he revealed that he did not vote in the presidential election amid a football season in which his protest of racial inequality gained national attention. In fact, it would have been problematic if he had. The Sacramento Bee found that the San Francisco 49ers quarterback has never been registered to vote.

Kaepernick, who was raised in Turlock, turned 18 in 2005, but he has not registered to vote in California at any point in the last decade, according to records maintained by the California Secretary of State. He also did not register in Nevada while he attended the University of Nevada, Reno, from 2006 to 2010, according to the Washoe County Registrar of Voters.

Attempts to reach Kaepnernick were unsuccessful. Speaking to reporters on Sunday, Kaepernick said he did not care who won the 2016 election and it would have been “hypocritical of me to vote” for either President-elect Donald Trump or Democratic nominee Hillary Clinton.

“I said from the beginning I was against oppression, I was against the system of oppression,” Kaepernick said. “I’m not going to show support for that system. And to me, the oppressor isn’t going to allow you to vote your way out of your oppression.”

Kaepernick’s protest began in August, when he refused to stand during the national anthem because he refused to “show pride in a flag for a country that oppresses black people and people of color.” Other athletes have since joined in the gesture, though it has also generated intense backlash, including from Trump himself, who called it “a terrible thing” and suggested Kaepernick “find a country that works better for him.” More