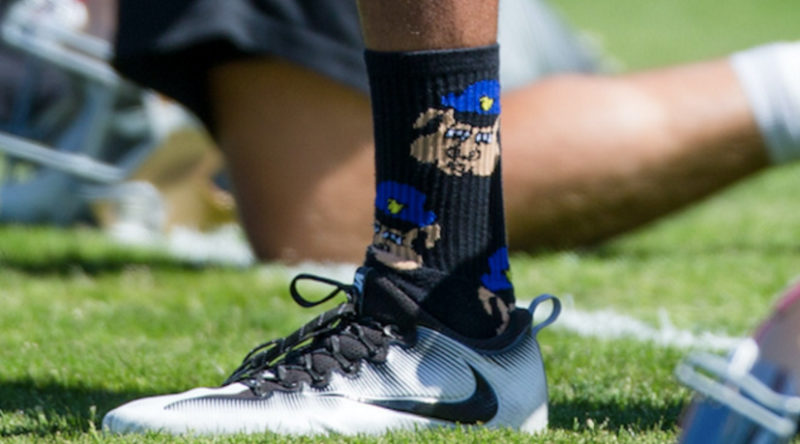 Is Colin Kaepernick just another annoying loudmouth SJW spewing hate but can’t piece a logical argument together to save his life? He’s just looking for attention. Ignore him, like you would a child who just learned a naughty word.

Colin Kaepernick’s popularity with police officers has slowly been decreasing ever since Sunday when he revealed that a big reason he’s protesting the national anthem is due to the police brutality that’s taking place in this country.

During an interview on Sunday, Kaepernick said that police brutality against minorities has to stop if he’s ever going to stand for the national anthem again.

“People of color have been targeted by police,” Kaepernick said. “So that’s a large part of it and they’re government officials. They are put in place by the government. So that’s something that this country has to change. There’s things we can do to hold them more accountable. Make those standards higher. You have people that practice law and are lawyers and go to school for eight years, but you can become a cop in six months and don’t have to have the same amount of training as a cosmetologist.”

After Kaepernick’s interview, the San Francisco Police Officers Association sent out a letter blasting his comments.

Well, if they weren’t happy with his comments, they’re probably not going to like his practice socks.

It appears that over the past few weeks, Kaepernick has been wearing socks that show a pig in a cop’s hat.