Why is wearing a Hammer and sickle shirt not the same as wearing a swastika shirt?

WZ: Socialism doesn’t allow for critical thinking. Credited to Obama- yay! Credited to Trump, who we know we are supposed to hate because our teachers tell us so – boo!

In anticipation of the 100-day mark of Donald Trump’s presidency, Campus Reform asked students at George Mason University to evaluate some of the president’s accomplishments. 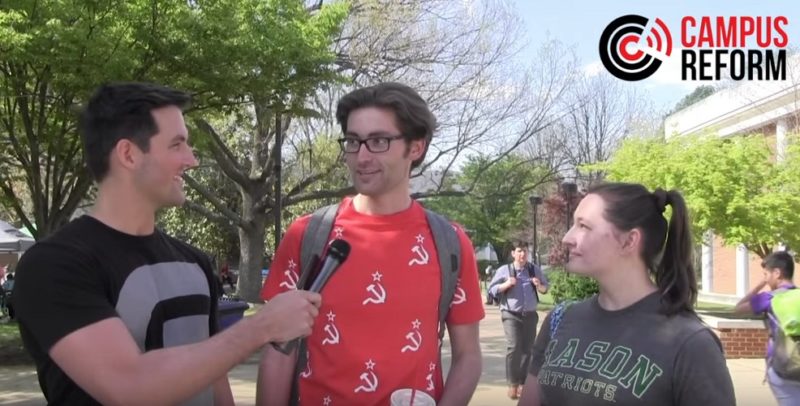 The students predictably blasted things like the “Apology Tour” and stimulus package, even comparing them to Nazi policies, at least until learning that they were actually accomplished during President Obama’s first 100 days. More