Comey Book Takes Aim At Obama & Lynch… Throws Them Under The Bus!

Comey is trying to take everyone down with him… Let them all turn on and throw each other under the bus!

Just who does James Comey think he is? Investigator, judge, and jury?

Partial excerpts from ‘A Higher Loyalty‘ via the Washington Examiner:

“Contributing to this problem, regrettably, was President Obama. He had jeopardized the Department of Justice’s credibility in the investigation by saying in a 60 Minutes interview on Oct. 11, 2015, that Clinton’s email use was “a mistake” that had not endangered national security,” Comey writes. “Then on Fox News on April 10, 2016, he said that Clinton may have been careless but did not do anything to intentionally harm national security, suggesting that the case involved overclassification of material in the government.”

“President Obama is a very smart man who understands the law very well. To this day, I don’t know why he spoke about the case publicly and seemed to absolve her before a final determination was made. If the president had already decided the matter, an outside observer could reasonably wonder, how on earth could his Department of Justice do anything other than follow his lead.”

“The truth was that the president — as far as I knew, anyway — he had only as much information as anyone following it in the media. He had not been briefed on our work at all. And if he was following the media, he knew nothing, because there had been no leaks at all up until that point. But, his comments still set all of us up for corrosive attacks if the case were completed with no charges brought.”

As The Gateway Pundit previously reported Comey admitted that Lynch attempted to suppress and reframe the investigation into former presidential candidate Hillary Clinton’s illegal private email server. Lynch purportedly directed Comey to immediately stop referring to the Hillary probe as an “investigation” or a “probe” and, instead, refer to it as a much more gentle “matter”.

Comey had a second meeting with Lynch where he confronted her about her election interference. Read more.

The New Yorker: Chick-fil-A’s ‘Creepy Infiltration’ Of NYC Because Of ‘Pervasive Christian Traditionalism’ 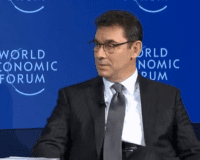 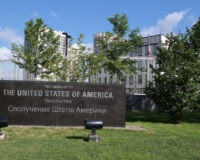 Comey Book Takes Aim At Obama & Lynch… Throws Them Under The Bus!