Comey Gets Hammered On Twitter After Posting MLK Quote

Leave it to disgraced former FBI Director James Comey to sully this day of remembrance of MLK. His smug, elitist tweets leave a really bad taste in my mouth…

It is well known and well documented the FBI spied on and terrorized Martin Luther King Jr. The FBI even wire-tapped MLK’s phone and sent him a suicide letter encouraging him to kill himself. 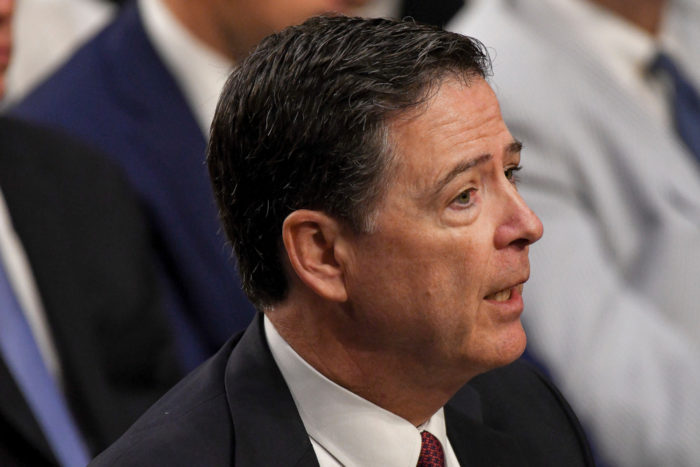 James Comey constantly takes shots at President Trump with his out holier-than-thou tweets.

Comey tweeted, “On MLK day, I like to read his Letter From Birmingham Jail, which still resonates: “Let us all hope that the dark clouds of racial prejudice will soon pass away… and in some not too distant tomorrow the radiant stars of love and brotherhood will shine over our great nation…” Read more at TGP.

On MLK day, I like to read his Letter From Birmingham Jail, which still resonates: “Let us all hope that the dark clouds of racial prejudice will soon pass away… and in some not too distant tomorrow the radiant stars of love and brotherhood will shine over our great nation…”

Twitter users fried Comey. These are some incredible responses to his tweet. This guy is either totally tone deaf to what he’s done or he just doesn’t care.

the FBI tried to discredit MLK Jr. at every turn. you are the bad guys.

I seem to recall your organization penning a somewhat less-inspiring missive to the Reverend pic.twitter.com/BTKZZddKIV

how come you’re not reading the letter the FBI wrote to him to convince him to kill himself?

shut the fuck up

I certainly understand this tweet, Sir. Given all the criminal, corrupt, & detestable practices we have discovered about your tenure as @FBI Director, you should get comfortable with the notion of writing letters from jail – or federal prison.

Well at least you are reading the letters now, not leaking them to the Press. Hopefully sometime soon you will be writing your own letters from jail.

Yes because the man who promulgated the unfounded “Ferguson Effect” and increased surveillance of Black activists akin to what was done to King is so deserving of absolution. pic.twitter.com/kboGIgtkth

Ana Navarro Says Trump Must Pass DACA To Prove He Isn’t Racist... Then Calls Him A Vulgar Word In Spanish

Comey Gets Hammered On Twitter After Posting MLK Quote