Comey blew it again…. Didn’t turn over the memo, didn’t report it, testified no one tried to obstruct. Maybe because he understood there was no attempt at obstruction.

He testified under oath that there had been no attempts by this administration to interfere with the investigation. Why would he say that, if he had a memo to the effect that Trump had told him to “put it to rest.” 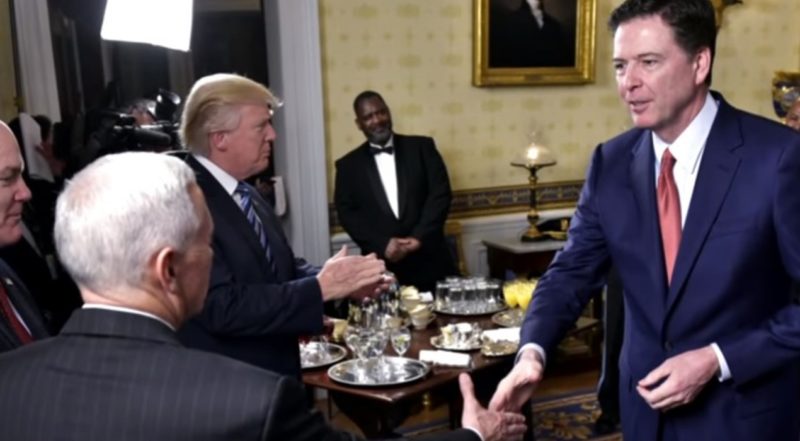 FOX News legal expert Gregg Jarrett argued Tuesday that if James Comey obstructed justice and held onto a memo of the president asking him to end an investigation then Comey could be prosecuted.

FOX News reported: Three months ago, the then-FBI Director met with President Trump. Following their private conversation, Comey did what he always does –he wrote a memorandum to himself memorializing the conversation. Good lawyers do that routinely.

Now, only after Comey was fired, the memo magically surfaces in an inflammatory New York Times report which alleges that Mr. Trump asked Comey to end the Michael Flynn investigation.

Those who don’t know the first thing about the law immediately began hurling words like “obstruction of justice”, “high crimes and misdemeanors” and “impeachment“. Typically, these people don’t know what they don’t know.

Here is what we do know.

Under the law, Comey is required to immediately inform the Department of Justice of any attempt to obstruct justice by any person, even the President of the United States. Failure to do so would result in criminal charges against Comey. (18 USC 4 and 28 USC 1361) He would also, upon sufficient proof, lose his license to practice law.

So, if Comey believed Trump attempted to obstruct justice, did he comply with the law by reporting it to the DOJ? If not, it calls into question whether the events occurred as the Times reported it.

Or resign in protest?