STUNNING DEVELOPMENT! Comey, Mueller, Rosenstein Are Linked To Clinton Uranium One Deal… MOST CORRUPT OFFICIALS EVER!

All Russian roads lead to Hillary…  This could be YUGE: The FBI opened an investigation on the Russians & Clinton back in 2009. Informants provided hard evidence of racketeering. Totally covered up… All charges were filed on the Russian side of the dealings. Any and all connection to the Clintons were omitted. Now get this: Rosenstein was in charge of the investigation and both Mueller and Comey knew.

TGP: Prior to the Obama administration approving the very controversial deal in 2010 giving Russia 20% of America’s Uranium, the FBI had evidence that Russian nuclear industry officials were involved in bribery, kickbacks, extortion and money laundering in order to benefit Vladimir Putin.

Who was right in the middle of it all? HILLARY CLINTON. 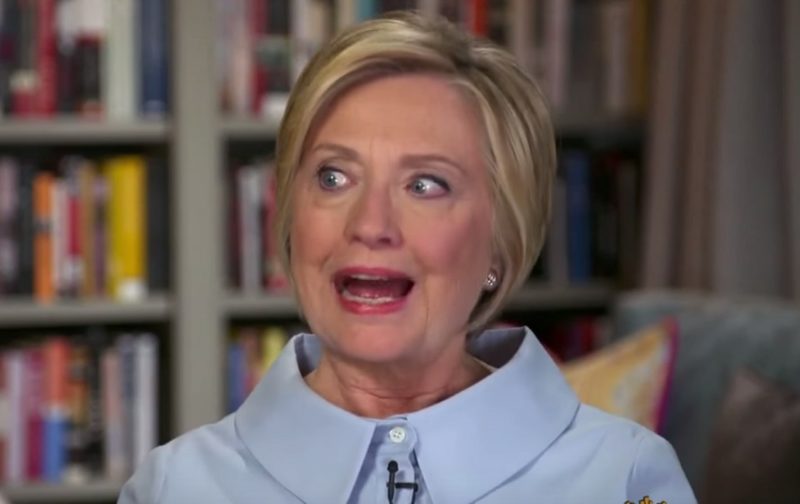 John Solomon and Alison Spann of The Hill: Federal agents used a confidential U.S. witness working inside the Russian nuclear industry to gather extensive financial records, make secret recordings and intercept emails as early as 2009 that showed Moscow had compromised an American uranium trucking firm with bribes and kickbacks in violation of the Foreign Corrupt Practices Act, FBI and court documents show.

They also obtained an eyewitness account — backed by documents — indicating Russian nuclear officials had routed millions of dollars to the U.S. designed to benefit former President Bill Clinton’s charitable foundation during the time Secretary of State Hillary Clinton served on a government body that provided a favorable decision to Moscow, sources told The Hill.

The racketeering scheme was conducted “with the consent of higher level officials” in Russia who “shared the proceeds” from the kickbacks, one agent declared in an affidavit years later.

The Department of Justice decided to continue investigating this for four years without Congress or the public knowing, according to The Hill’s reporting.

Hillary Clinton was Secretary of State at the same time the State Department and government agencies on the Committee on Foreign Investments UNANIMOUSLY approved the partial sale of Canadian mining company Uranium One to the Russian nuclear company Rosatom, ultimately giving Russia 20% of U.S. Uranium.

In January 2013, Pravda celebrated the Russian atomic energy agency’s purchase of the company “Uranium One” in Canada.

That same company, Uranium One, owned uranium concessions in the United States. Because uranium is a strategically important commodity, the Russians would need approval from the Obama administration, including Hillary’s State Department, before the purchase took place.

Nine shareholders in Uranium One just happened to provide more than $145 million in donations to the Clinton Foundation in the run-up to State Department approval.

The Clintons took the cash from Uranium One officials before the deal was approved by Hillary Clinton’s State Department. The Clintons hid the donations which is a clear violation of the Memorandum of Understanding Hillary Clinton signed with the Obama administration wherein she promised and agreed to publicly disclose all donations during her tenure as Secreatary of State. (Via Breitbart)

The New York Times reported on the crooked deal in 2015. As the Russians gradually assumed control of Uranium One in three separate transactions from 2009 to 2013, Canadian records show, a flow of cash made its way to the Clinton Foundation. Uranium One’s chairman used his family foundation to make four donations totaling $2.35 million. Those contributions were not publicly disclosed by the Clintons, despite an agreement Mrs. Clinton had struck with the Obama White House to publicly identify all donors. Other people with ties to the company made donations as well.

And then there’s this…

Hillary Clinton was never questioned about her involvement with Russia even though 1/5 of our Uranium was sold to Russia under her watch.

Trump brought up the Uranium deal many times during the election and earlier this year.

Hillary Clinton denied any wrongdoing. Once again, Trump was right.

From today’s report we find out that the investigation was supervised by then-U.S. Attorney Rod Rosenstein, who is now President Trump’s Deputy Attorney General, and then-Assistant FBI Director Andrew McCabe, who is now the deputy FBI director under Trump.

Robert Mueller and James Comey were also involved as they were both FBI Directors being that this case started in 2009 and ended in 2015.

It is becoming increasingly clear why these people are being placed in key positions. They were ALL involved one way or another in this Russian corruption case.

The ‘Trump-Russia’ hoax was cooked up to distract from the REAL Russian collusion–The Clinton Foundation, Uranium One.
The swamp creatures in the Obama administration helping to facilitate the deal.

NONE of these men can be trusted to investigate President Trump.
They will do anything to protect themselves from being implicated in this Russian scheme.

Read the entire report by John Solomon and Alison Spann of The Hill here.

It is truly mind blowing.

Wonder what story I’ll be breaking tomorrow? Hint, it has to do with #Russia, something that happened in the Obama Administration and an informant, curious? Stay tuned…

Sean Hannity also teased that a big story was dropping.

STUNNING DEVELOPMENT! Comey, Mueller, Rosenstein Are Linked To Clinton Uranium One Deal… MOST CORRUPT OFFICIALS EVER!