Comey visits The New York Times building as President Trump admits he did NOT record their conversations & questions what else the ousted FBI director leaked to the press.

Is James Comey dropping off leaks in person now?

Daily Mail: Former FBI director James Comey made a quiet visit to The New York Times on Thursday, one of few public outings since he admitted leaking stories to the newspaper about President Trump before the Senate Intelligence Committee on June 8. 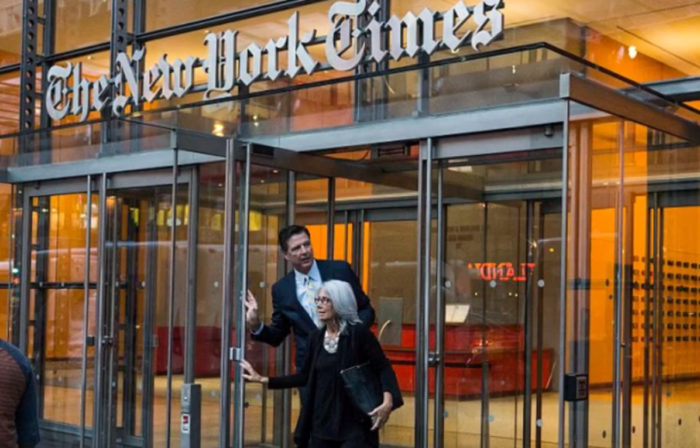 Comey kept his sunglasses on and his gaze forward as he marched through the front entrance of the Times Square office building which houses the publication. He was accompanied by his wife Patrice Failor who also wore sunglasses.

Unmistakable as he towered over the crowds in a crisp navy suit and tie on one of the warmest days of the year, Comey drew second-glances from some stunned by-passers. More