Interviewing her was just for the sake of appearances. What a shock. Comey was a Clinton shill. If his main goal was to make the non-prosecution seem palatable to the general public, he failed miserably. This will be glossed over by the MSM as they fight their hardest to paint Trump in a bad light.

Imagine if you went to court and told the judge I didn’t intend to do it? 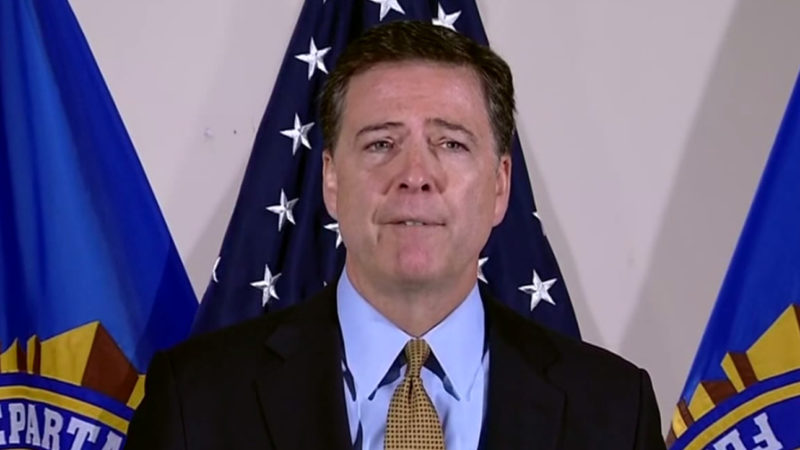 Daily Wire: Amidst the fallout from the firing of FBI director James Comey, a new report reveals that Comey actually planned not to recommend charges against Hillary Clinton over the use of her private email server well before she was interviewed by the FBI.

The lengthy report featured in The New Yorker portrays Comey as an individual who had a tragic fall from grace in his futile attempt to be the independent man in Washington, D.C. Buried in the piece is this explosive nugget (emphasis added):

As the inquiry neared its end, Comey, who had closely monitored it from the start, requested summaries of more than thirty government prosecutions involving mishandling of classified information. He waded through the records, seeking to understand the cases’ rationale and how they had been resolved. In the end, he agreed with the investigators’ unanimous conclusion: Clinton should not face criminal charges…

Comey had his own ideas. Unbeknownst to his Justice Department colleagues, Comey had resolved to proceed alone with the announcement. Since May, he had been holding a parallel series of meetings with top F.B.I. confidants to thrash through his plan. He would publicly announce—and explain—the Clinton decision without Lynch at his side. “We had discussions for months about what this looked like,” Michael Steinbach, who retired as the F.B.I.’s executive assistant director for national security in February, 2017, said. “This, for us, was the best course of action, given the political situation that we were in—for us to do it independently.”

As Comey saw it, according to Steinbach and others familiar with his thinking, the public doubted Lynch’s independence and would be less likely to accept the decision if she were involved in announcing it.

Clinton wasn’t interviewed until July 2. That means a couple of months before the subject of the investigation was interviewed, Comey was plotting a course of action to make the decision not to recommend charges against her seem more palatable to the public. More