Under Barack Obama and James Comey, the FBI was transformed from a once proud investigative agency into a long arm of the DNC.

The FBI can no longer be trusted. Is the only cure for that to shut it down, fire everyone, and start completely over from scratch?

Now we know why the left freaked out when President Trump fired James Comey. 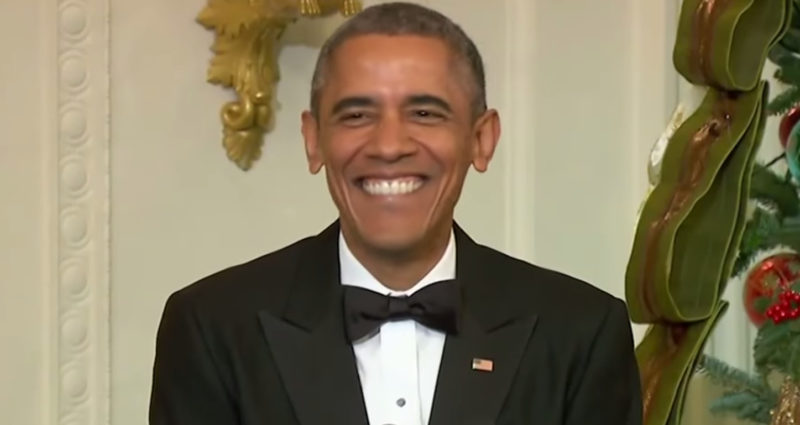 TGP: James Comey’s irreparable reputation took another body blow this week after a memo emerged, written by the former FBI Director, appearing to exonerate Hillary Clinton of any wrongdoing in relation to her handling of classified information — prior to the investigation’s conclusion. With all the focus on Comey’s role in Hillary Clinton’s exoneration, it begs the question if the decision was made by a “higher power.”

But by a man who may think of himself as one — Barack Obama. National Review’s Andrew McCarthy believes Obama was the puppet master, so to speak, driving the narrative to insure Hillary was gotten off the hook, ensuring the Democrat Party continued its control over the White House.

The director acknowledged that classified information had been transmitted via Secretary Clinton’s server, but he suggested that, in the greater scheme of things, it was just a small percentage of the emails involved. Obama’s April statements are the significant ones. They told us how this was going to go. The rest is just details. In his April 10 comments, Obama made the obvious explicit: He did not want the certain Democratic nominee, the candidate he was backing to succeed him, to be indicted. Conveniently, his remarks (inevitably echoed by Comey) did not mention that an intent to endanger national security was not an element of the criminal offenses Clinton was suspected of committing – in classic Obama fashion, he was urging her innocence of a strawman crime while dodging any discussion of the crimes she had actually committed.

As we also now know – but as Obama knew at the time – the president himself had communicated with Clinton over her non-secure, private communications system, using an alias. The Obama administration refused to disclose these several e-mail exchanges because they undoubtedly involve classified conversations between the president and his secretary of state. It would not have been possible to prosecute Mrs. Clinton for mishandling classified information without its being clear that President Obama had engaged in the same conduct. The administration was never, ever going to allow that to happen.

As The Gateway Pundit reported on Friday, it looks like Comey has some explaining to do. The former FBI Director testified to Congress that he decided not to recommended charges in relation to handling of classified information, after the FBI interviewed Hillary Clinton on July 2, 2016. However, a new report reveals Comey penned a memo exonerating Clinton in the Spring.

“Director, did you make the decision not to recommend criminal charges relating to classified information before or after Hillary Clinton was interviewed by the FBI on July 2nd?”

Following the exchange, the Office of Rep. John Ratcliffe issued the following statement:

Rep. John Ratcliffe (R-Texas) exposed troubling new details today surrounding the Clinton email investigation during his questioning of FBI Director James Comey before the House Judiciary Committee. In the exchange, Ratcliffe focused on implications of the facts revealed by documents released by the FBI after Comey initially announced his recommendation not to press criminal charges against former Secretary of State Hillary Clinton.

Ratcliffe’s exchange with Comey showed that:

“As a former federal prosecutor, I can tell you that it’s unheard of for a potential key witness to be present when the target of an investigation is being interviewed. In fact, I’ve never seen it. And Comey admitted he’s never seen it. The American people have every right to wonder why this occurred in Clinton’s case – this isn’t the treatment anyone else in our country would have received, and it frankly appears that the outcome of this investigation was predetermined from the start,” Ratcliffe said.

According to new transcripts released by the Senate Judiciary Thursday afternoon, former FBI Director James Comey made the decision not to refer then Democrat presidential candidate Hillary Clinton for prosecution long before ever interviewing key witnesses. Members of the Committee allege Comey made the decision months before FBI agents were finished with the criminal investigation of her mishandling classified information during her time as Secretary of State.

The transcripts were revealed in a letter sent to current FBI Director Christopher Wray, in which lawmakers are demanding an explanation and more documents surrounding the case.

“According to the unredacted portions of the transcripts, it appears that in April or early May of 2016, Mr. Comey had already decided he would issue a statement exonerating Secretary Clinton.  That was long before FBI agents finished their work.  Mr. Comey even circulated an early draft statement to select members of senior FBI leadership.  The outcome of an investigation should not be prejudged while FBI agents are still hard at work trying to gather the facts,” the letter, signed by Chairman Chuck Grassley and Committee member Lindsey Graham states. “Conclusion first, fact-gathering second—that’s no way to run an investigation.  The FBI should be held to a higher standard than that, especially in a matter of such great public interest and controversy.”

Jason Chaffetz said former FBI Director James Comey has a lot of “explaining to do” in light of new reports that he began drafting a statement exonerating Hillary Clinton even before interviewing key witnesses, including the former secretary of state.

“He’s certainly got a lot of explaining to do. He could have perjured himself,” the former House oversight committee chairman said on “Fox & Friends.”

Senate Judiciary Committee Chairman Charles Grassley and fellow GOP Sen. Lindsey Graham wrote a letter to the FBI this week, expressing concern over whether Comey made up his mind about the email investigation months before his public news conference.

“Conclusion first, fact-gathering second—that’s no way to run an investigation,” the senators wrote. “The FBI should be held to a higher standard than that, especially in a matter of such great public interest and controversy.”