President Trump’s first year in office was outstanding. He was attacked from all sides at times and stood tall and stuck to his principles.  The economy is growing and the world is a safer place.

President Donald J. Trump had arguably the best first year for any President in US history since Washington – in spite of massive headwinds from the actions of the corrupt and criminal prior administration, the Democrat Party and their MSM! Below is a list of his major accomplishments. 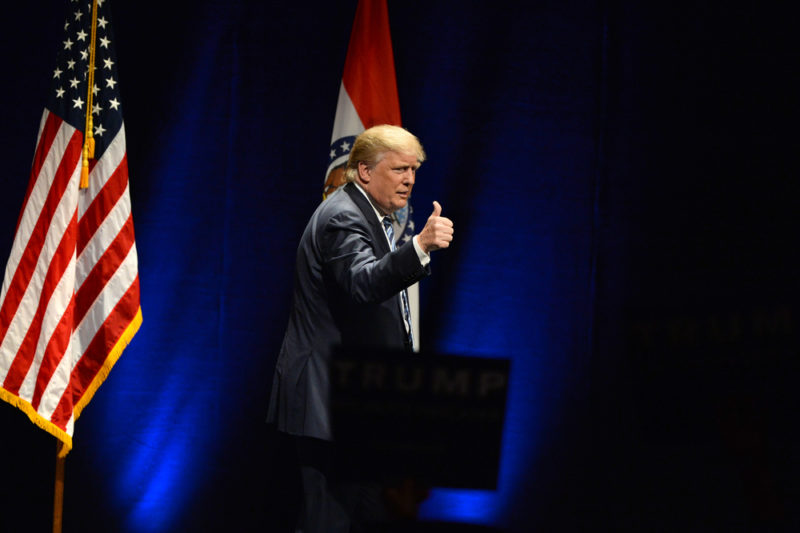 President Trump was inaugurated on January 20th, 2017, one year ago.  Since then his accomplishments are nothing short of miraculous.  In spite of massive attacks from the MSM, an investigation created through the efforts of the prior corrupt administration, and a Democrat Party that does all they can to derail him, the President kept his promises and did all he could to Make America Great Again.  The results speak for themselves.

The US stock market is a barometer of economic activity and since President Trump was elected President it has skyrocketed. 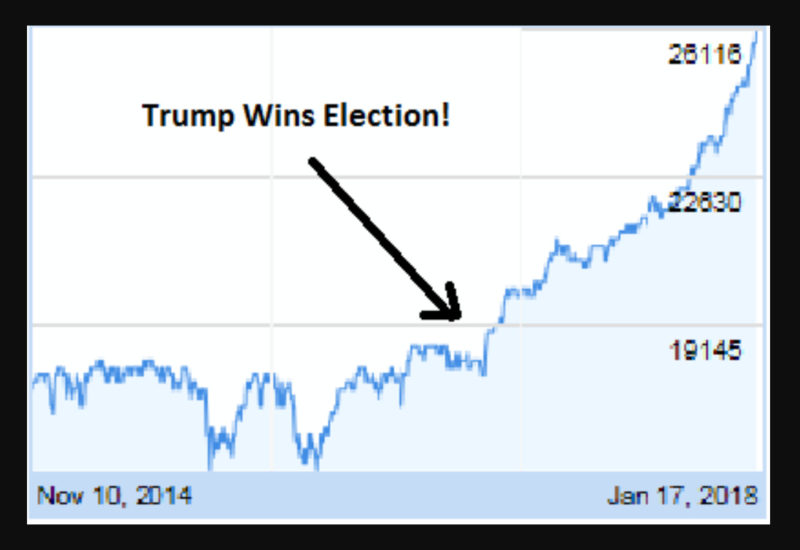 Americans of all walks of life are seeing their 401k’s explode because of President Trump.

Today there are more people working than at any time in US history. More than 2 million new jobs were created in 2017 under President Trump and as a result more than 160 million people are working in the US today.

The President’s tax plan passed in late December and is already benefiting Americans and American companies. Employees will see increases in their pay next month due to the lower Federal taxes.  Millions of Americans have received bonuses due to the tax cuts and major companies have announced plans to move capital and operations to the US due to these cuts.  The benefits of these cuts haven’t even transpired yet but the excitement amongst workers and companies is electric.  2018 is poised to have one of the greatest economies in US history!

President Trump vowed to destroy ISIS. Despite President Obama saying that ISIS will be around for a generation, these murderers and terrorists in the Middle East were decimated over the past year.  Both Syria and Iraq have declared victory over ISIS and due to President Trump’s resolve, less than 1,000 ISIS fighters are estimated remaining.

President Trump met with the Pope, leaders of 50 Muslim countries and Israeli and European leaders in his first trip abroad. He demanded that the Muslim leaders remove radicals from their countries.

The President refused sending Pakistan security assistance in the millions due to the Pakistani’s harboring terrorists.  He stopped an Obama last minute $221 million transfer to Palestine and cut aid to Palestinians in half.  He showed that the US is unwilling to work with Muslim entities that support radical Islam.

On President Trump’s successful trip to Asia he bundled an estimated $300 billion in deals for the US. He met with Asian leaders and was the first US President and foreign leader to dine in China’s Forbidden City since the founding of modern China.

The President named and successfully put in place a new Supreme Court Justice, Neil Gorsuch.  He signed more than 90 executive actions in his first 100 days alone.  The actions included –

The list of POTUS 45’s successes goes on and on.  Read more at TGP.

Gregg Jarrett: I Suspect This FISA Document Will Show Numerous Felonies... With Up to 10 Years Behind Bars