This is HUGE! Maybe the mainstream media will have to stop ignoring, pay attention and cover this story now.

Just one more of those things that was never supposed to see the light of day, had Hillary pulled off a win.

In a bombshell report by POLITICO‘s Josh Meyer, the Obama administration is accused of protecting Hezbollah drug and human trafficking rings to help ensure a nuclear deal with Iran was achieved. 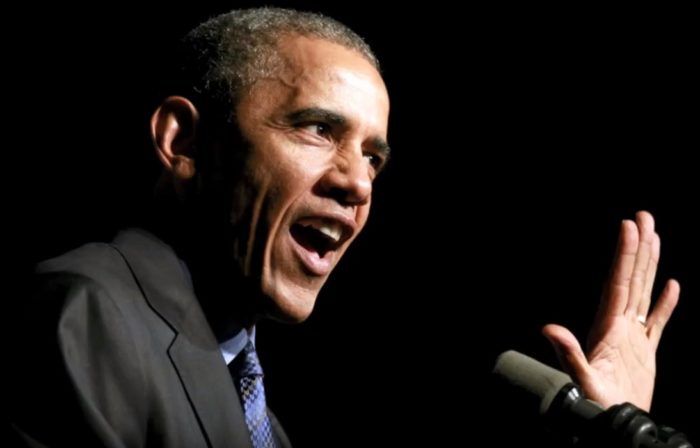 According to the Washington Free Beacon, Rep. Ron DeSantis (R-FL) and other lawmakers are examining ‘potentially criminal’ evidence that could implicate former top Obama officials, including NatSec official Ben Rhodes.

POLITICO previously reported: Project Cassandra reached higher into the hierarchy of the conspiracy, Obama administration officials threw an increasingly insurmountable series of roadblocks in its way, according to interviews with dozens of participants who in many cases spoke for the first time about events shrouded in secrecy, and a review of government documents and court records. When Project Cassandra leaders sought approval for some significant investigations, prosecutions, arrests and financial sanctions, officials at the Justice and Treasury departments delayed, hindered or rejected their requests.

The Justice Department declined requests by Project Cassandra and other authorities to file criminal charges against major players such as Hezbollah’s high-profile envoy to Iran, a Lebanese bank that allegedly laundered billions in alleged drug profits, and a central player in a U.S.-based cell of the Iranian paramilitary Quds force. And the State Department rejected requests to lure high-value targets to countries where they could be arrested.

Previously reported: “This was a policy decision, it was a systematic decision,” said David Asher, seasoned illicit finance expert who helped establish and oversee Project Cassandra as a Defense Department illicit finance analyst.

“They serially ripped apart this entire effort that was very well supported and resourced, and it was done from the top down.”

The Obama administration is believed to have deliberately put the kibosh on charging numerous drug dealers and arms dealing, such as Hezbollah operative nicknamed the ‘Ghost,’ and Abdallah Safieddine, the terrorist organization’s de facto envoy to Iran. All the while both Hezbollah and Iran made massive sums selling “drugs, weapons and used cars, [along with]diamonds, commercial merchandise and even human slaves,” say ex-Project Cassandra agents.

According to Meyer, Project Cassandra’s finding were so damning that the Obama administration believed they threatened fragile nuclear negotiations with Iran.

They said senior Obama administration officials appeared to be alarmed by how far Project Cassandra’s investigations had reached into the leadership of Hezbollah and Iran, and wary of the possible political repercussions.

As a result, task force members claim, Project Cassandra was increasingly viewed as a threat to the administration’s efforts to secure a nuclear deal, and the top-secret prisoner swap that was about to be negotiated.

“During the negotiations, early on, they [the Iranians]said listen, we need you to lay off Hezbollah, to tamp down the pressure on them, and the Obama administration acquiesced to that request,” a former CIA agent revealed to POLITICO.