Left-Wing Darling & Convicted Terrorist To Be Stripped Of Citizenship, Deported For Lying On Citizenship Application 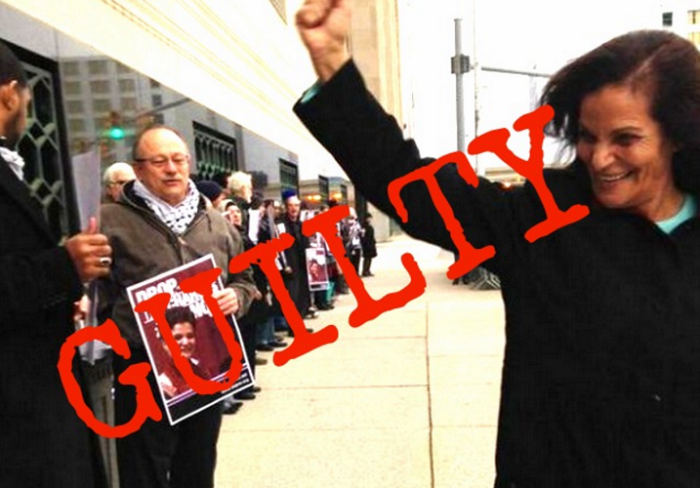 Now let’s figure out how to rid ourselves of Linda Sarsour, a certifiable nut case that has succeeded in infiltrating the Democrat Party and has a sizable following.

A convicted terrorist and darling of left-wing activists has accepted a plea deal in which she will be stripped of her citizenship and be deported.

Rasmea Odeh, 69, will avoid jail time as part of the deal, the Rasmea Defense Committee announced on Thursday.

“Under this current, racist political climate, and facing 18 months or more of imprisonment, as well as the possibility of indefinite detention by Immigration and Customs Enforcement (ICE), Rasmea has made the difficult decision to accept a plea agreement,” reads a statement from Rasmea Defense Committee.

The group called the deal a “victory” for Odeh, who was born in Palestine but will be deported to Jordan. More

ALERT: Rasmieh Odeh, accused of terror in Israel, to be deported to Jordan under plea deal, but face no jail time https://t.co/aiil7ZbF6J

Left-Wing Darling & Convicted Terrorist To Be Stripped Of Citizenship, Deported For Lying On Citizenship Application