Cop blasts Antifa for instigating violence: You want another Charlottesville “You should be ashamed of yourself…”

Once again, Trump is proven right. There is a mountain of evidence that the Soros sponsored Antifa and BLM thugs have provoked and participated in the majority of political violence in the country for the last couple of years.

Liberals are outraged and offended literally every day of their miserable little lives. What a pathetic excuse for an existence. 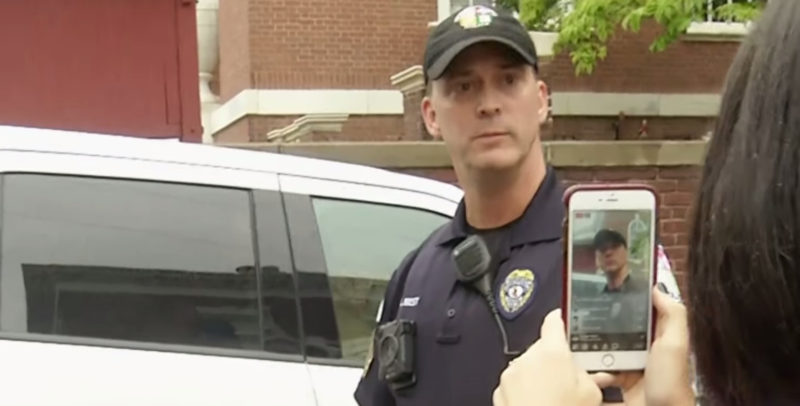 TGP: The Associated Press posted a video on Tuesday about a Charlottesville policeman who gets fed up with a liberal protester and accuses her of wanting to instigate violence.

“You want another Saturday, don’t you? You should be ashamed of yourself.”

Left-wing protesters were chanting ‘terrorists go home’ at a guy carrying a Confederate flag and saluting with a gun on him. The guy stood there silently as the protesters screamed in his face and held up middle fingers.

“You have a home to go to! There are people who are dead and injured and stuck in the f*cking hospital and yet you are here doing this when you could just stand up!”

The police escorted the guy holding the flag and put him in a police car because the left-wing protesters asked them to.

A woman followed the police officer and recorded him with her cell phone camera claiming that the guy had been ‘terrorizing’ people.

The police officer blasted the woman and said, “you want another day like Saturday, don’t you? You should be ashamed of yourself”