So let’s not protect schools because some kids who break the law might have to face consequences for breaking the law? That mentality is exactly what’s wrong with this generation.

Teach your kid to respect others and that problem would go away. Don’t do the crime, if you can’t do the time.

Armed Educators (and trusted people who work within a school) love our students and will protect them. Very smart people. Must be firearms adept & have annual training. Should get yearly bonus. Shootings will not happen again – a big & very inexpensive deterrent. Up to States. 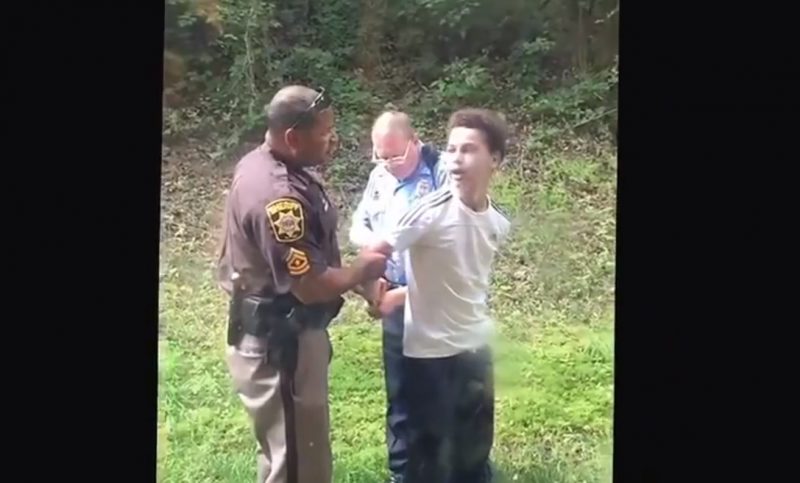 When President Donald Trump held a listening session with survivors of gun violence, their family members and the parents of murdered students on Wednesday, much of the discussion focused on ways to enhance school security. The president recommended arming teachers, while one parent suggested that undercover police officers pose as teachers and school staff. Several parents called for more security officers at schools.

Black children are already more likely to get arrested at school. In 2012, black children represented only 16 percent of school-aged children, but 31 percent of those arrested.

And when more cops are in school, these arrests are more likely to take place, even for minor misbehaviors. It’s a phenomenon that advocates call the school-to-prison pipeline.

“The more we add security or police forces and so on to schools, the more likely it is the students who are already at risk of being seen as potential trouble makers get swept up into the justice system or suspended and pushed out of schools,” said Aaron Kupchik, a professor at the University of Delaware, who studies this issue. “The risks are even higher for students who are already more vulnerable.” More

This is an appalling headline from the Huffington Post. Blatantly racist.
Garbage leftist Fake News Propaganda.

I was wondering when #Democrats would bring #Racism into the debate. https://t.co/SU6J4OkRtV via @weaselzippers

Just when you thought idiots couldn`t be any more idiotic…https://t.co/SySTJwMMov

Wow ! How unhinged ! What about it being positive for all children , REGAURDLESS OF SKIN PIGMENT !
Having police around as protection will rekindle childrens beleif that law enforcement are there to serve and protect!
Drop the #BLM BS and protect kids
https://t.co/3Lb891SyYj

Broward Sheriff Argues Against Arming Teachers... But Deputy Instructs Mosques To Arm Themselves

Real Wages Lower Now Than Before Pandemic, Thanks To Inflation
January 28th, 2022 The Political Cowboy