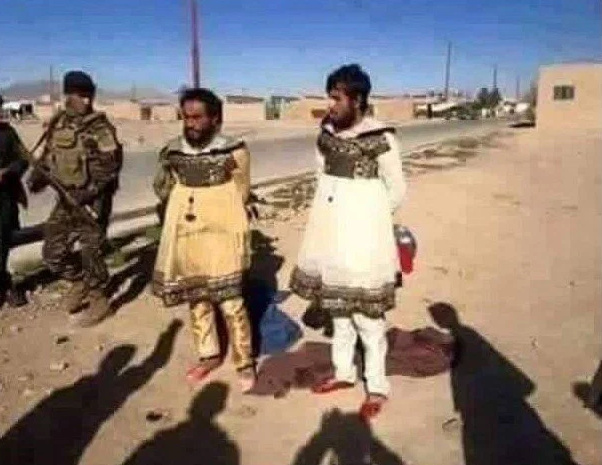 Perhaps the stupid, cowardly ISIS jihadis should have shaved first?

Their desperate last-ditch orders come as Kurdish forces and elite Iraqi counter-terror troops began a lightning advance on the city.

It has also emerged leader Abu Bakr al-Baghdadi – who is rumoured to be holed up inside the besieged city – has ordered the “women of the caliphate” to leave.

Leading US generals and French president Francois Hollande say ISIS fighters are fleeing – and must be blocked from regrouping in nearby Raqqa.

Major General Gary Volesky, who heads the anti-IS coalition’s land component, said: “We are telling Daesh (ISIS) that their leaders are abandoning them. We’ve seen a movement out of Mosul.”

He said many foreigners among the 3,000 to 4,500 ISIS fighters would likely end up forming the core of the holdout jihadist force.

Volesky noted that the Iraqis would screen anyone leaving Mosul, and attempts by foreign fighters to blend in to an expected exodus of displaced people would be thwarted.

“It’s difficult for them to blend into the local population based on the number of different types of foreign fighters that there are.”

His comments come as Kurdish peshmerga announced a three-pronged assault to the north and east of the city, while elite Iraqi special forces moved in from the south.