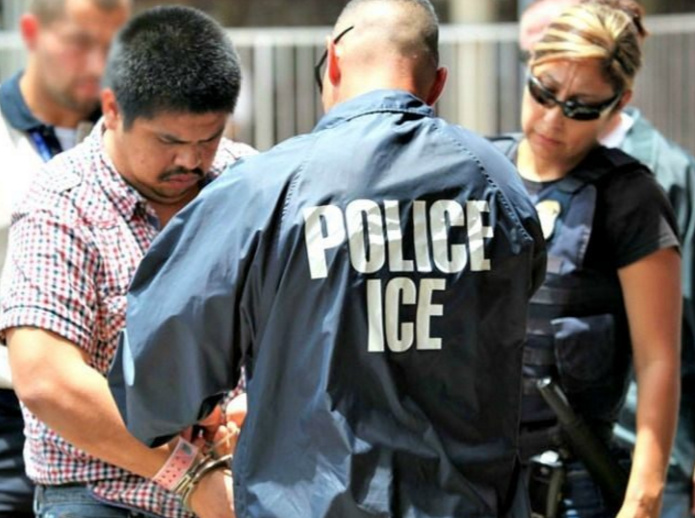 This country doesn’t need any new laws. We just need to start enforcing all the laws we do have & there’s a new sheriff in town.

Immigration officials arrested 16 criminal aliens from Mexico during an enforcement surge in Milwaukee this week, according to Immigration and Customs Enforcement.

Of the criminal aliens arrested, two had been previously deported and two had outstanding orders of deportation. All 16 were living in the U.S. illegally and convicted criminals — having committed crimes like assault with a deadly weapon, battery, grand theft auto, drug possession with intent to distribute, drunk driving, and receiving stolen property.

According to ICE, the two day surge was the agency’s latest effort to “prioritize the arrest and removal of convicted criminals living illegally in the United States.” As such, the arrests all fell within the Obama-era priorities for enforcement.[…]

According to the agency:

A 50-year-old twice-deported Mexican national with prior felony convictions for force/assault with a deadly weapon not firearm: gross bodily injury likely, battery/police officer, grand theft (auto), and intentionally causing bodily injury to a child-habitual criminal. He has additional convictions for battery and resisting an officer-habitual criminal. He was previously removed to Mexico in 1997 and 2003, and illegally re-entered the United States, which is a felony. He was arrested Jan. 25 in Waukesha and remains in ICE custody pending removal to Mexico.

A 41-year-old Mexican national with prior felony convictions for receiving stolen property and attempted unlawful driving or taking of a vehicle, and possession of a controlled substance. He was arrested Jan. 25 in Milwaukee and remains in ICE custody pending a hearing before a federal immigration judge. More