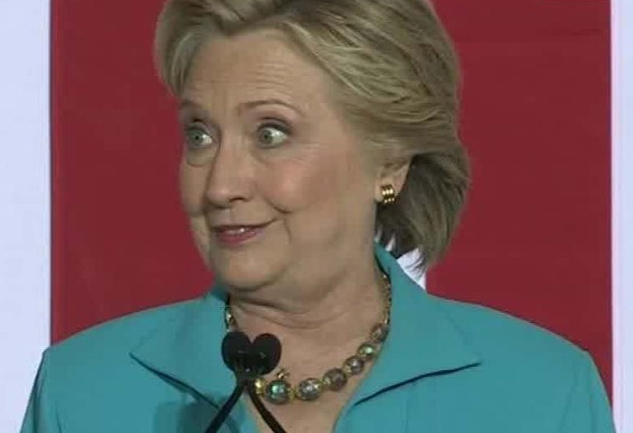 Totally improper on Hillary’s part. But coming from the Clintons, it’s an offer they just couldn’t let ex-prosecutors refuse.

A letter drafted by Hillary’s team was sent to former federal prosecutors in the hopes that they will sign on to criticize the FBI director James Comey unprecedented moves.

Hillary Clinton’s presidential campaign ratcheted up its attack on the director of the FBI on Sunday, circulating a draft letter critical of James Comey to former federal prosecutors.

The letter was sent on the same day that Clinton campaign chairman John Podesta called Comey’s letter to Congress “long on innuendo, short on facts.” Comey told Congress on Friday that emails discovered in a separate investigation into Anthony Weiner’s sexting may be “pertinent” to the closed investigation of Clinton’s private server.

“It is out of our respect for such settled tenets of the United States Department of Justice that we are moved to express our concern with the recent letter issued by FBI Director James Comey to eight Congressional Committees,” the Clinton campaign’s letter speaking for prosecutors said.

The letter was signed and provided to The Daily Beast by Elkan Abramowitz, a former chief of the criminal division of the U.S. Attorney for the Southern District of New York. It is expected to be released Sunday evening.

Speaking for prosecutors, the letter said Comey’s “unprecedented decision to publicly comment on evidence in what may be an ongoing inquiry just eleven days before a presidential election leaves us both astonished and perplexed.”

FLASHBACK: Harry Reid Says “No One Can Question Comey” Over Hillary’s Emails