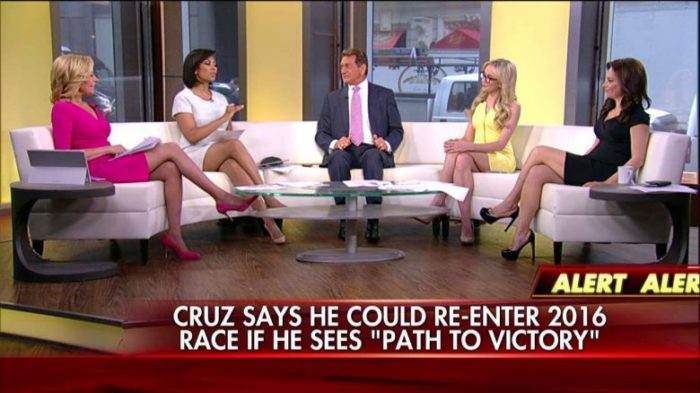 I used to support Cruz, but now he is trying to hand the election over to Clinton. God help this country if that woman wins!

Ted Cruz dropped out of the presidential race last week, but he would consider restarting his campaign if he wins Nebraska’s Republican primary tonight.

“We launched this campaign intending to win. The reason we suspended the race last week is with Indiana’s loss, I didn’t see a viable path to victory,” Cruz said Tuesday on Glenn Beck’s radio program. “If that changes, we will certainly respond accordingly.”

On “Outnumbered” today, Joe Theismann said Cruz should stick with his decision to drop out and move on.

“Why come in and muddle situations even more?” Theismann asked. “The GOP at some point is going to have a revelation or an epiphany that says, ‘We really need to figure out who we want to be the nominee, and let’s all get behind that individual.'” More