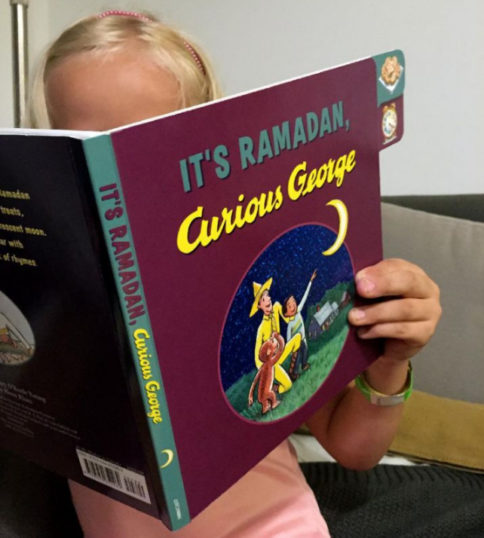 During the month of Ramadan alone, 238 terrorist attacks were carried out in the name of Islam, killing over 1,850 people. Is George curious about that at all?

The beloved American children’s book character Curious George is breaking fast for Ramadan this year — with chocolate-covered bananas, of course.

It comes amid rising tensions fueled by worries about Islamist extremism and a heated presidential campaign during which Republican presumptive nominee Donald Trump has called for a ban on all Muslims entering the United States.

US author Hena Khan “wanted to focus on the celebratory aspects” of Ramadan, so George attends family gatherings and accompanies his friend Kareem to a mosque to put together charity baskets, she told AFP.

A writer of Pakistani origin from Rockville, Maryland, Khan has already written two children’s books about Islam, “but there’s something different about having Curious George, a mainstream, well-known, iconic character recognize your tradition and make you feel included.” […]

Khan said the publisher granted her freedom to shape the project, and that she focused on making the holiday approachable.

“It was really a reflection of the way Americans that I know celebrate and observe Ramadan, in a very simple way that’s understandable for children,” the mother of two said. More