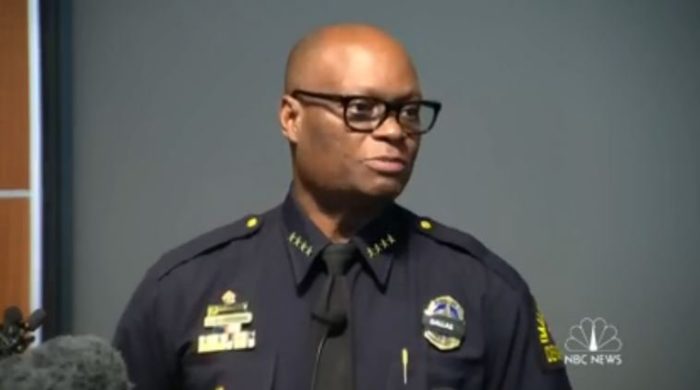 Finally someone is offering a sensible and smart solution to the problem! Way to go Chief Brown! If you don’t like what is happening, do something about it! Don’t stand in the streets and throw a tantrum and get yourself arrested. Do something proactive that will help you and the community in the long run!

He was asked during a press conference this afternoon what he would tell young black men, including those who have joined protests against police around the country.

“Get out of that protest line and put an application in and we’ll put you in your neighborhood and we’ll help you resolve some of the problems you’re protesting about.”

Brown shared his own story of how he became a police officer, saying he was moved to join after watching the crack cocaine epidemic in the early 80s in Dallas.

#Dallas Police Chief Brown shares his story: “I probably wouldn’t protest…I’d get involved & do something about it.” pic.twitter.com/kXLfKG1T0g

“I’m the kind of person, I probably wouldn’t protest or complain. I’d get involved and do something about it,” he said.

Brown said he had a “full ride” scholarship to University of Texas-Austin after high school, but opted to become a police officer instead.

He said since Thursday’s attack, his family has received death threats.