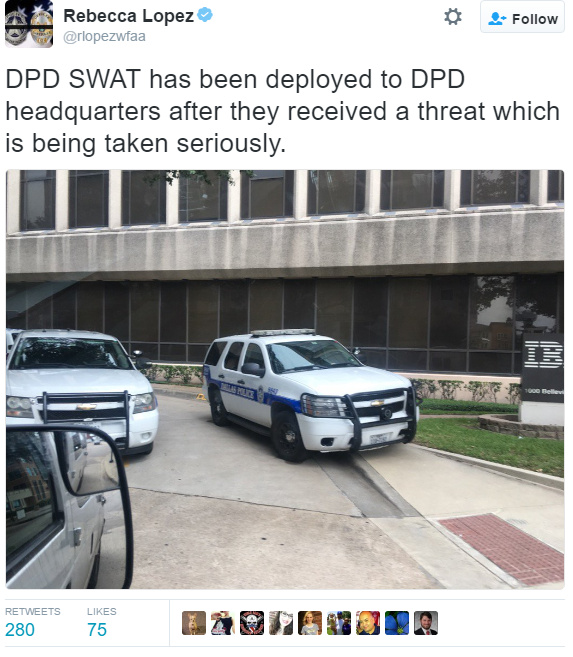 Sources tell News 8 that Dallas Police Headquarters is under a lockdown Saturday afternoon due to a threat that is being ‘taken seriously’ by police.

DPD SWAT has been deployed to DPD headquarters after they received a threat which is being taken seriously. pic.twitter.com/IOynqf2MiG

DPD SWAT was deployed to the headquarters after learning of a threat made by a group from Houston claiming to be armed, sources say. More

Multiple sources say Dallas SWAT deployed after a threat was made by a group from Houston that claims they are armed pic.twitter.com/W1J9j5cQco