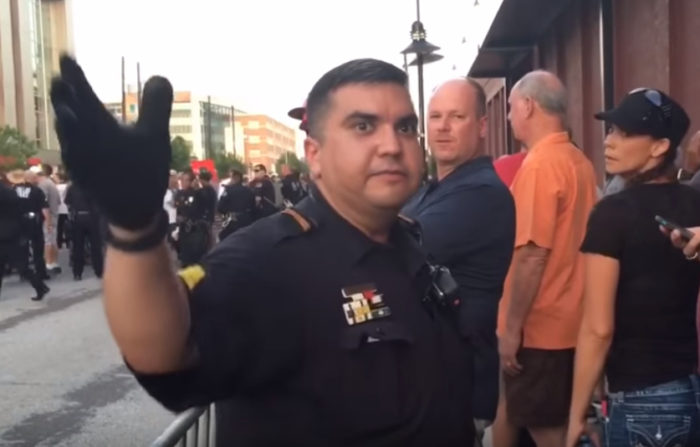 What a coincidence! Wasn’t this the same tactic used by BLM? Nothing new to see here folks move along! $15 an hour paid too?

Daily Caller: A Dallas police officer admitted to InfoWars reporter Joe Biggs that the unruly protesters present at Donald Trump’s Thursday rally had actually been bused in from out of state.

In the video, Biggs walks with a group of Trump supporters on the outside of temporary barriers, away from the venue. More

CD: A police officer just made a shocking revelation about the anti-Trump protesters that were present at his rally in Dallas. This is something that the Left relies on to carry out their protests. More

Sarah Palin BLASTS Obama On His Reaction To Orlando